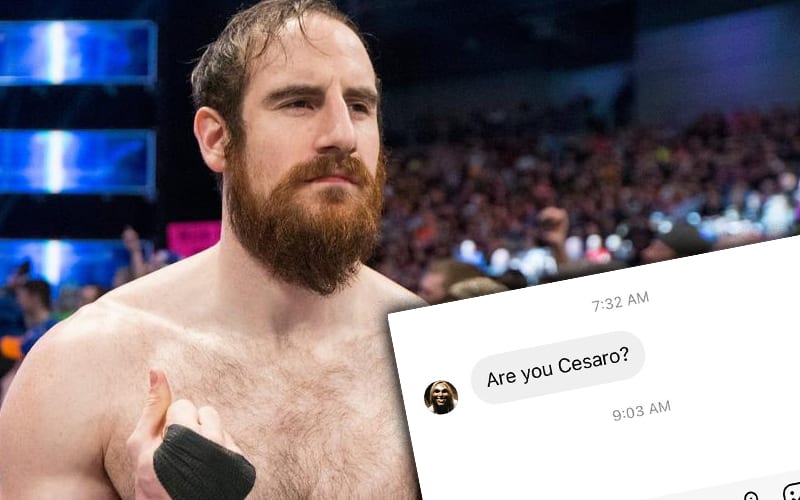 Sometimes fans get Superstars confused. It’s bound to happen eventually, because nobody’s perfect. Aiden English recently shared a DM that was quite funny, but the caption was a bit depressing.

The former WWE Superstar posted a screenshot of a DM from a fan asking him if he is Cesaro. Aiden English’s answer was yes. His caption read: “…thi will be my legacy in wrestling.”

Cash Wheeler was quick to reply and let Aiden English know that the DM in question will not be his legacy. Enzo Amore also chimed in to say: “Ugh no it tiz naught.”

We’ll have to see what’s next for Aiden English in the pro wrestling world. He certainly has people supporting him in the meantime.