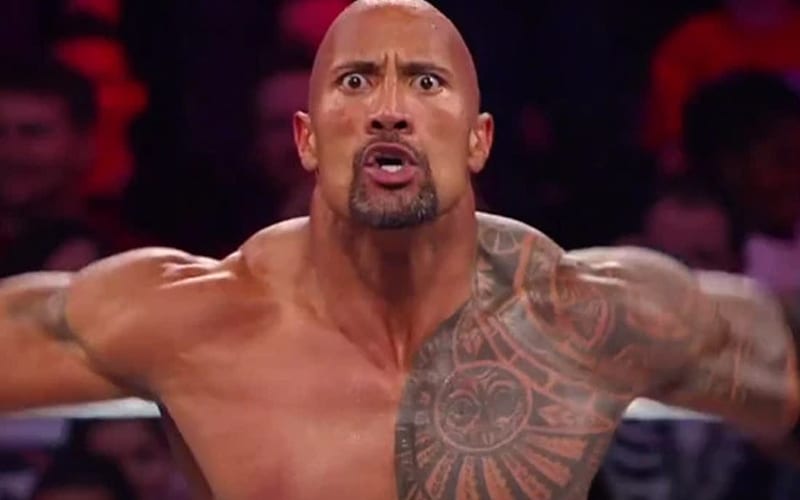 The Rock remains one of the most popular pro wrestlers to have ever graced a WWE ring. During the No Way Out 2001 pay-per-view, The Rock squared off against Kurt Angle in a WWE Title match. It featured The Rock winning the match and becoming the WWE Champion.

Unfortunately the finish of the match was botched. Originally, The Rock was supposed to pin Angle and get the win after the Second Rock Bottom. However, referee Earl Hebner mistook it for the first Rock Bottom and broke the count, leading to a lot of confusion.

The Rock had to hit another Rock Bottom in order to win the match. While speaking on ”The Kurt Angle Show,” Kurt Angle talked about the botched finish to the match and explained Hebner’s actions.

Angle revealed that The Rock was absoltuely furious at Hebner for the botch and also screamed at the referee to make the count after hitting the third Rock Bottom.

“Dwayne, The Rock was pissed. He picked me up, Rock Bottomed me, and told Earl, looked him in the eye, and said, ‘Count the m*********ing finish!’ (laughs). He is pissed! Earl is going to get it when we get back to Gorilla. But Dwayne, he was mad at the time, and when he got backstage, he cooled down. He didn’t yell or anything. We all make mistakes.”

The Rock is currently busy with his life in Hollywood and is one of the top stars there as well. Kurt Angle is currently enjoying his life after professional wrestling.