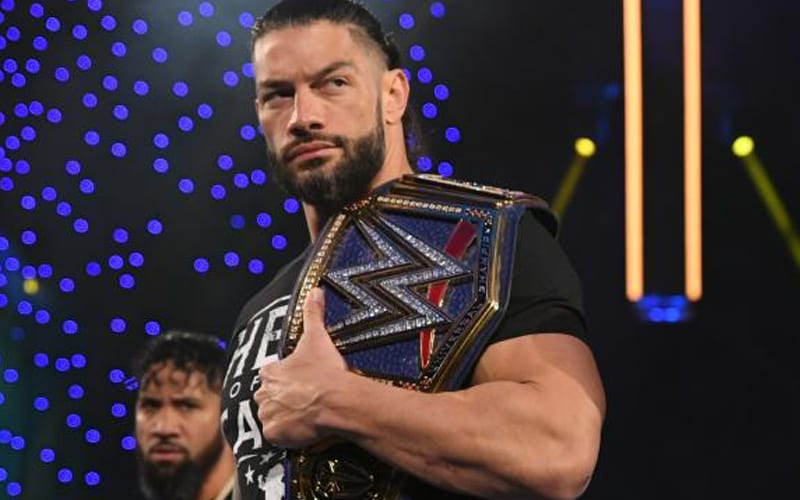 Roman Reign will defend the Universal Title against Daniel Bryan if the challenger can defeat Jey Uso in a steel cage next week. That SmackDown match was announced on Talking Smack. Daniel Bryan also namedropped CM Punk in the process.

Reigns commented on this new situation and he wonders why Daniel Bryan is putting himself through so much trouble. The way the Tribal Chief sees it, no matter what happens Daniel Bryan will still find himself on the ground.

Putting yourself through a whole bunch of a trouble just to end up in the same place. On the ground. Knocked out. #Smackdown

Roman Reigns vs Edge is the WrestleMania match at this time. Daniel Bryan would certainly love to insert himself in that situation. We have heard nothing about the company turning that into a triple threat match at this time, but you never know what can happen on the road to WrestleMania.