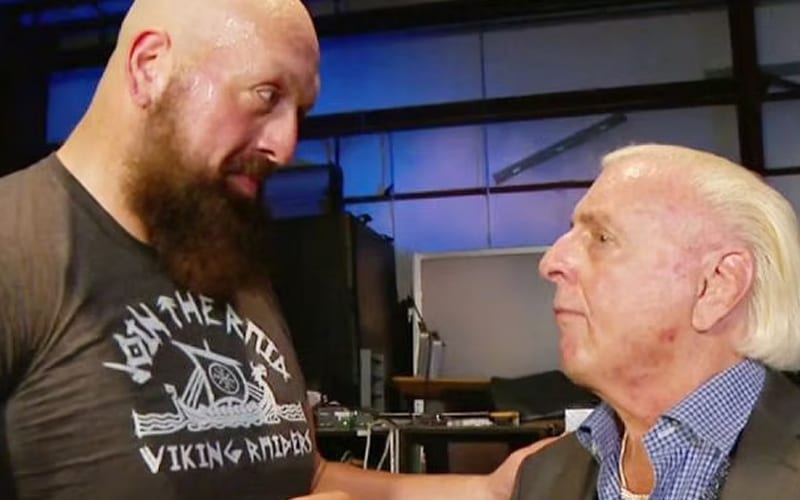 It was recently revealed that former WWE Superstar ‘Big Show’ Paul Wight signed with AEW, in a move that shocked the pro wrestling world. He will be part of its commentary and is likely to wrestle as well.

Flair revealed that despite knowing Wight for several years, he had no idea that Wight was going to AEW.

“No, I didn’t. I’ve been around Big Show a lot lately, and we’ve been friends for a long time. I remember the night he walked into the Chicago, Horizon. I was wrestling Hogan that night, and he came in with a friend and was introduced to all of us.”

While Flair remains a mainstay in WWE lately, he didn’t find any reason to dig around for information about Paul Wight’s intentions before leaving for AEW. Flair then added that he wished Wight had stayed in WWE.

“He was just a wonderful kid, and he’s still a wonderful guy, but I don’t know what happened. I try not to ask, you know like we’d come in there where we’d all used to be aware, we’re there all the time, and I have been there a lot. But I find now that it’s a different world, and I’m better off not asking. Instead of watching and trying to catch up, I just pretend like I’m there, say hi, and all that. To answer your question, I was just with him, and I did not see it happening. He did not mention a word to me, and I was with him, what two weeks ago, three weeks ago, and whenever they had the Legends Runion, he was there.”

“So, I didn’t see it coming, and I’m sure they must have made him a spectacular deal over there. Do I wish had would stay with us personally? Yes. But, at the same time, he has earned my respect, and I think he has earned the respect of everybody and should be able to make the choice he wants.”

We will have to see how Paul Wight will fare in AEW, especially what kind of matches he will be competing in.