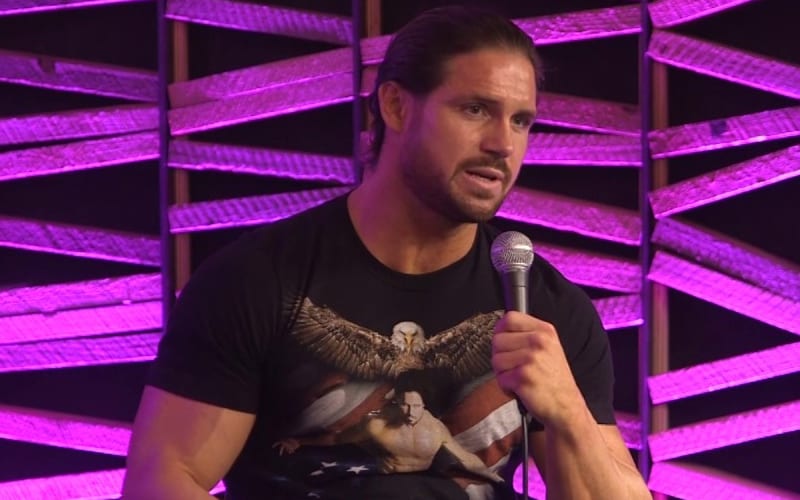 As seen on this week’s episode of Monday Night RAW, John Morrison squared off against Riddle. During the match, Morrison performed a twisting dive onto Riddle, and landed hard on his knee as a result.

Morrison seemed to have suffered an injury to his knee due to the spot. Due to this, many fans assumed Morrison botched the dive itself which led to him getting hurt.

However, that doesn’t seem to be the case to Morrison. Morrison recently took to Twitter, where he addressed the dive on WWE RAW. Morrison admitted that the landing didn’t go as planned, but the dive itself was exactly how he had planned.

Morrison also uploaded a video of him practicing the move beforehand.

“I saw stuff online about me botching a dive Monday- the landing didn’t go as I pictured, but the dive was pretty close to exactly what I’ve been working on 😎 as soon as you eliminate the human idea that you need to jump off ur feet to springboard a world of possibilities opens up.”

It was previously noted that Morrison didn’t appear to be hurt too badly, unlike MVP. We will have to see when Morrison will able to make a complete recovery.