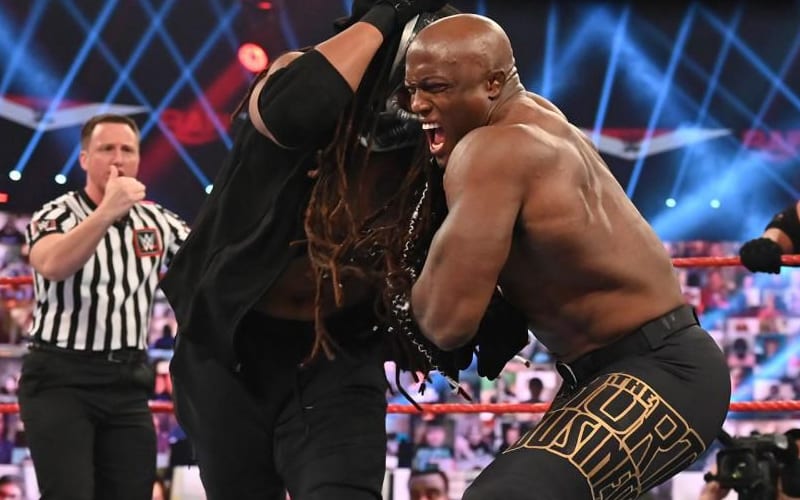 WWE brought in Retribution, a stable of invaders bent on destroying the company from the inside out. This resulted in a few programs so far, but they were not successful against the Hurt Business at all.

While speaking to Metro.co.uk, Bobby Lashley spoke about Retribution a bit. He praised Mustafa Ali’s ability, but he also said that they failed to catch on and they also “have a long way to go.”

When it comes to Retribution sharing RAW with The Hurt Business, Lashley suggested that Mustafa Ali’s stable needs to find a different show if they want to be dominate.

Retribution will continue spreading their message on Monday nights until WWE splits them up. It seems that a breakup might be on the horizon already if they can’t pull down more wins. This is something that Mustafa Ali has not been ashamed about pointing out to his faction, especially after they suffer a tough defeat.