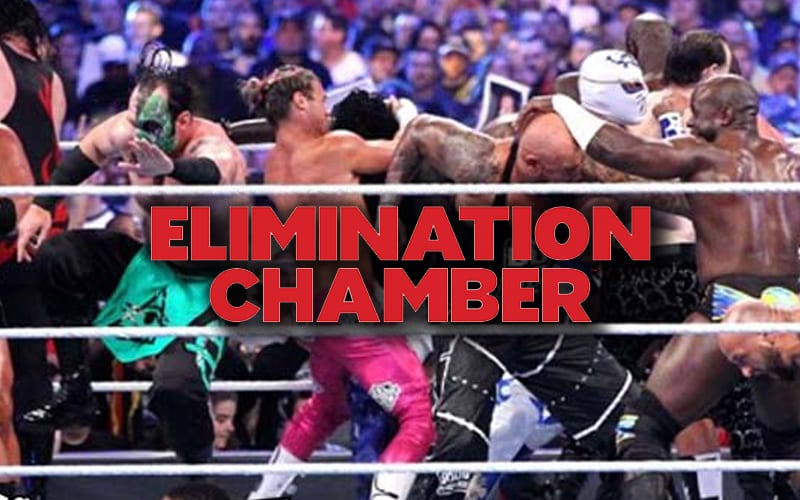 WWE had a lot of things they needed to figure out for Elimination Chamber. They were forced to change around a few things about the card, including the United States Title match. They considered a very interesting idea to figure out who would get into the spot left open by Keith Lee.

The Wrestling Observer Newsletter noted that WWE considered holding a battle royal match during the kickoff show. This match would have determined a new participant in the United States Title match.

There was talk of a Battle Royal in the pre-show to determine the third man, but it ended up being a four-way where Morrison beat Mustafa Ali, Ricochet and Elias to become the third man, and the person who lost the fall to Riddle, in the U.S. title match.

They ended up not going with a battle royal idea. Instead, they booked a four-way with Mustafa Ali, Ricochet, John Morrison, and Elias. Morrison won the match, and he ended up taking the pinfall in the pay-per-view match later on allowing Riddle to win the US Title.

WWE needed a third man in that match because Bobby Lashley was set to lose the US Title, but they didn’t want him suffering a pinfall loss in the process. That loss would have damaged his heat and it wouldn’t have fit with what they have planned for him next.