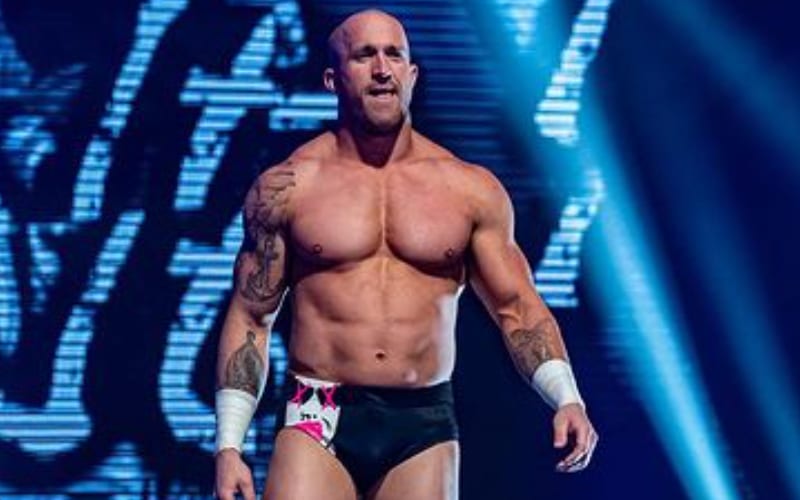 Mike and Maria Kanellis were released from WWE on April 15th, 2020. This was done to save the company money during the pandemic. There were plans for him when he was cut.

Maria Kanellis already revealed that WWE changed up plans that they had for Mike during her pregnancy. She was supposed to exit television, leaving him to become a babyface. That didn’t happen.

While speaking with The Kurt Angle Show, Kanellis revealed that WWE had other plans for her husband to team with Tony Nese just before he was released.

“It’s been a very interesting year. Mike was supposedly going to start teaming with Tony Nese in NXT and that starting to be a real thing. We were excited about that and then having our son in February of 2020. Then COVID happens and we begin lockdown.”

“April happens and we lost our jobs. A lot of people say it’s because of Coronavirus and everything but it wasn’t, because if it was, WWE wouldn’t have had a record year. They released everybody that they had signed within the last year because they wanted to make up that money for other things they have going on; I’m assuming it has to do with different lawsuits and stuff.”

Mike and Maria both signed short-term ROH deals. They seem happy now away from WWE, but we’ll never know what could have been when it comes to Mike Kanellis if WWE went with any of the plans they had for him.