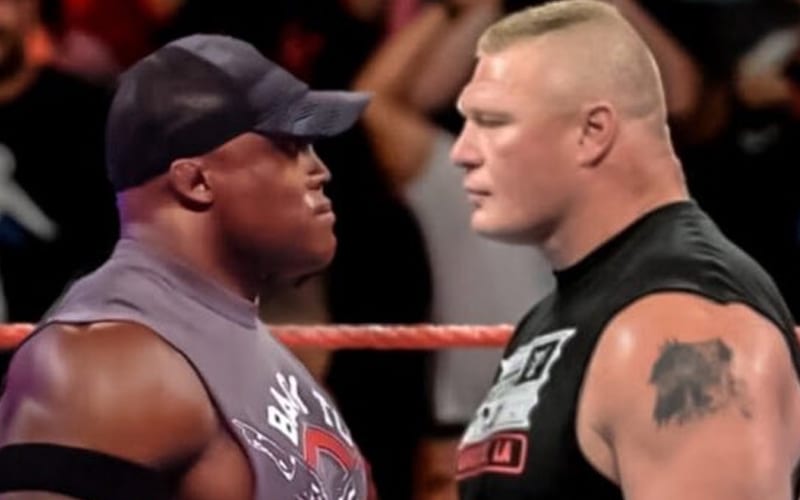 Bobby Lashley will get a WWE Title shot on WWE RAW next week. He will have to dethrone The Miz, a man who never believed he would be WWE Champion again, and The CEO of the Hurt Business is ready for battle.

It’s been almost a year since fans saw Brock Lesnar in a WWE ring. He took off after WrestleMania, but he generally returns at the top of the roster.

ViBe & Wrestling recently spoke to Bobby Lashley and the subject of Brock Lesnar came up. He said that if the Beast Incarnate wants to get into the title hunt then he will need to work his way up like everyone else.

“If Brock wants to be back in the picture, Brock is gonna have to work his way back up to the title shot as there is a lot of people waiting at the front door: myself, Braun, The Miz and several other people that want to have their shot at the title so he is not the man. Of course, that fight, everybody would love to have some time in my career just because of the similarities between Brock and I. But at the end of the day, if Brock comes back, I welcome that challenge. But it is up to him, if it doesn’t, Drew is the man.”

Brock Lesnar commands a huge payday, so it’s not likely that Vince McMahon will spend a ton of money for Lesnar to work his way through the roster, but Lashley still seems ready for that dream match.