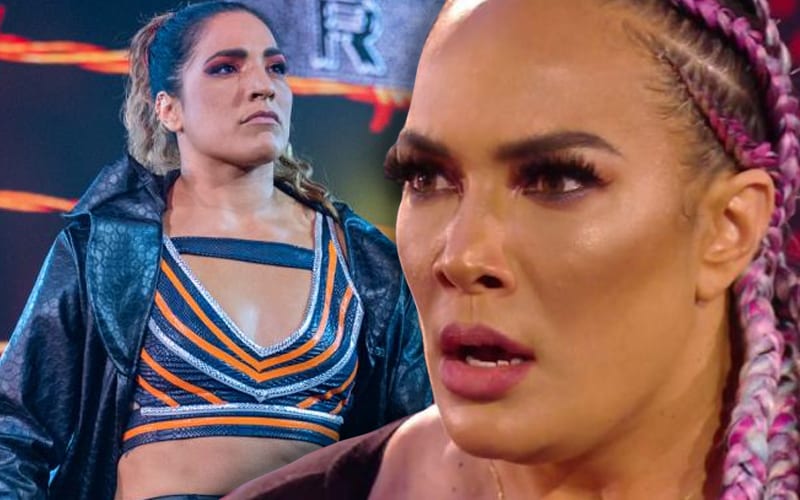 Nia Jax and Shayna Baszler are set to take a trip to NXT next week. They have a busy night ahead of them as the pair will defend the WWE Women’s Tag Team Championships against Dakota Kai and Raquel Gonzalez.

Jax sent out a tweet saying that she’s broken the mold all over the world for years. She busted her ass while Raquel Gonzales and Dakota Kai got to stay in “comfy” NXT. Then the Irresistible Force sent out a message to Gonzales specifically to say that she wouldn’t even be in WWE without Jax paving the way.

I’ve spent years working all over the world, busting my ass, collecting awards, breaking the mold, creating a name for myself. Carving a place out in history for a woman like me! While you’ve been sitting comfy in NXT for years @RaquelWWE, w/out Nia Jax, you wouldn’t be here.

We’ll have to see how the WWE Women’s Tag Team Title match turns out next week. The company could plan a huge swerve for the 2021 Women’s Dusty Rhodes Tag Team Classic winners. Nia Jax doesn’t seem like she’s preparing for any kind of defeat.