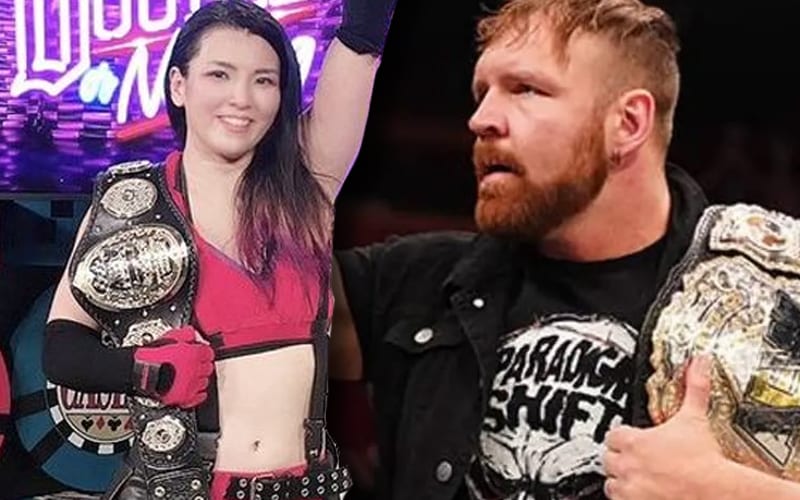 Hikaru Shida is going into AEW Revolution without knowing who she will be facing at the pay-per-view. Her challenger will be determined by an ongoing tournament, but while she waits the AEW Women’s World Champion is making history.

Shida has been champion for 278 days and counting. She has now held the AEW Women’s World Title longer than Jon Moxley was AEW World Champion at 277 days. They are separate titles, but it is still an impressive statistic.

Moxley will have a chance to add to his combined reigns as champion at Revolution. He will face Kenny Omega in an Exploding Barbed Wire Deathmatch. That match will not be for the weak of heart as Moxley has warned.

We’ll have to see if Hikaru Shida will carry her title past March 7th’s pay-per-view as well. She’s done a good job defending the AEW women’s division’s top prize throughout the pandemic.