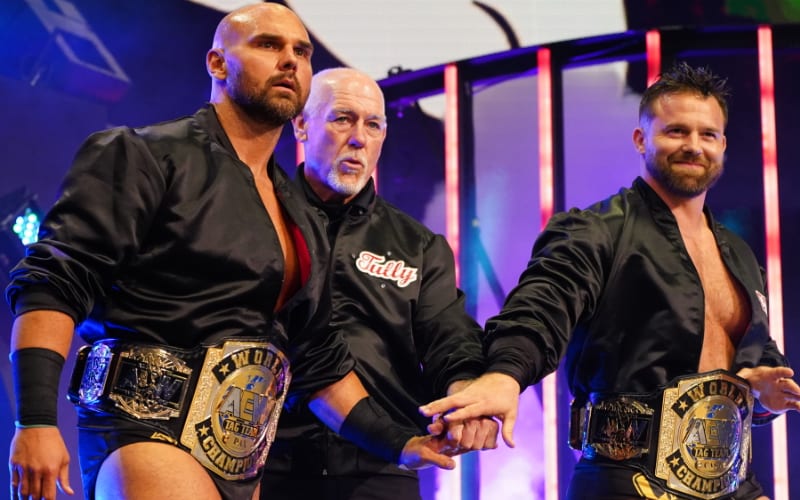 Next week’s episode of AEW Dynamite is already a loaded show, but one match might be overlooked considering the packed card for “Crossroads.” FTR is set to team with their manager Tully Blanchard in his in-ring return against Jurassic Express.

Blanchard’s last match was an August 10th, 2007 match where he lost to Dusty Rhodes at the NWA Legends Fest. Next week, Tully will break that absence from the ring.

Dax Harwood tweeted out to say that: “March 3rd is the biggest night of wrestling on free TV. Not because of some basketball player, but because one of the greatest to ever shed blood on a canvas makes his return to a professional wrestling ring.”

Conrad Thompson replied to say that this match wasn’t hyped enough. Dax then replied to guarantee that he will make it as special as possible.

You’re telling me… I’ll do everything I can to make this a special moment. He’s a special talent. He deserves it all.

We’ll have to see what AEW has planned. Tully Blanchard is 67-years-old and has made a lifetime of memories in the pro wrestling ring. Next week’s episode of Dynamite will add another big moment to that list.