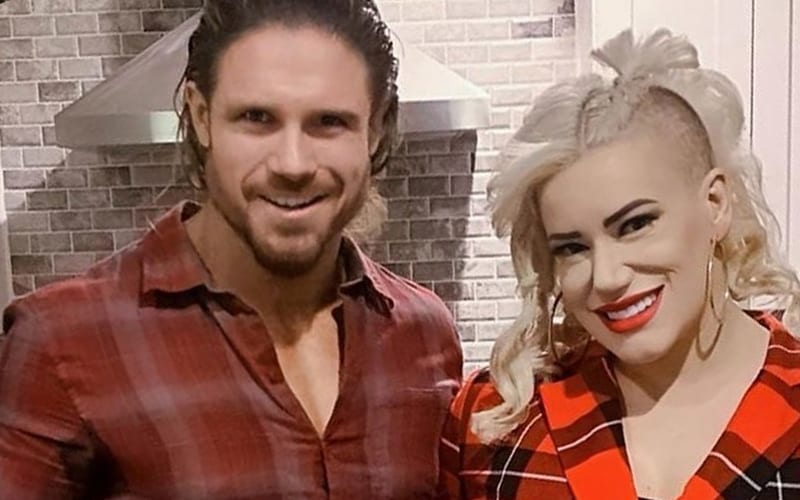 John Morrison has signed a few different deals with WWE in his career. His wife Taya Valkyrie just inked her first deal, and he is very supportive of his spouse.

Click here for a rundown of a record setting WWE Performance Center class.

Morrison posted a photo of his wife giving a peace sign while wearing a WWE Performance Center t-shirt. Morrison actually never got one of those PC photo shoots because his recent return to WWE went straight to the main roster.

“Congratulations to @thetayavalkyrie on signing her first @WWE contract‼️‼️‼️” he captioned the photo. Obviously, Johnny Drip Drip is very happy for his wife’s recent career move.

We’ll have to see when Taya Valkyrie shows up first, but she is officially under the WWE umbrella now.