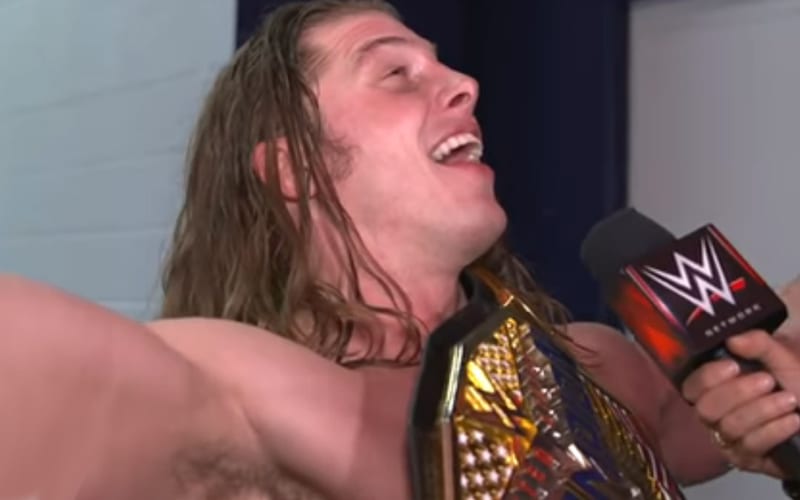 Matt Riddle won the WWE United States Title at Elimination Chamber. This was a big win followed by a lot of celebration backstage.

“It feels so good, it feels so good, could you say it one more time, please,” Riddle said following his big win on Sunday. He was elated to have this opportunity and he believes that carrying the US Title on his shoulder will help elevate him to the next level in WWE.

“It feels so good. A could of weeks ago I was talking to MVP and he turned down my ideas and said it was stupid. I kinda said, ‘awww,’ but tonight when I won that title I was like [singing] ‘AH-HA-HA-HA-HA-HA'”

Matt Riddle said the US Title will get him to the next level just like it got Lashley up there with the WWE Title picture. Then he did an impression of Ric Flair’s classic “tear in my eye” promo before leaving a very happy bro.