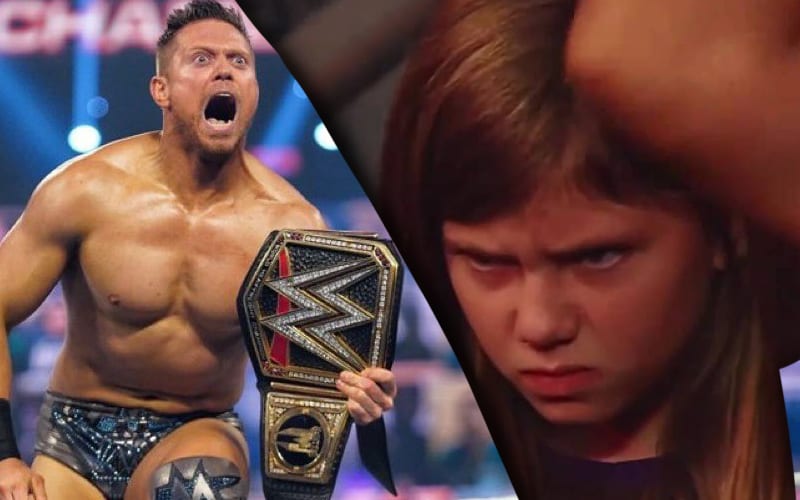 When The Miz won the WWE Championship back in 2010 for the first time, a girl in attendance was shown to be especially displeased at his win. The girl named Caley became an internet sensation, being dubbed as “Angry Miz Girl.”

The Miz once again became the WWE Champion last night after cashing in his Money In The Bank contract on Drew McIntyre during the WWE Elimination Chamber pay-per-view.

While speaking to Abhilash Mendhe of Sportskeeda, Caley gave her thoughts on The Miz winning the WWE Title again. This time around, Caley gave the opposite reaction to his WWE title win.

“I personally think he’s one of the best on the roster, I know it’s a big change from my opinion 10 years ago but I love him when he’s a heel champion, I think he’s got the personality for it down to a T”

Caley then talked about a conversation she had with The Miz backstage after his first WWE Title win. She said that The Miz worked very hard to get where he is and definitely deserves winning the WWE Title.

“I loved meeting The Miz and he was always super kind to me and he worked super hard, so I definitely think he deserves it.”

With The Miz becoming the WWE Champion, we will have to see how it all leads to WrestleMania 37. Drew McIntyre undoubtedly wants back his championship.