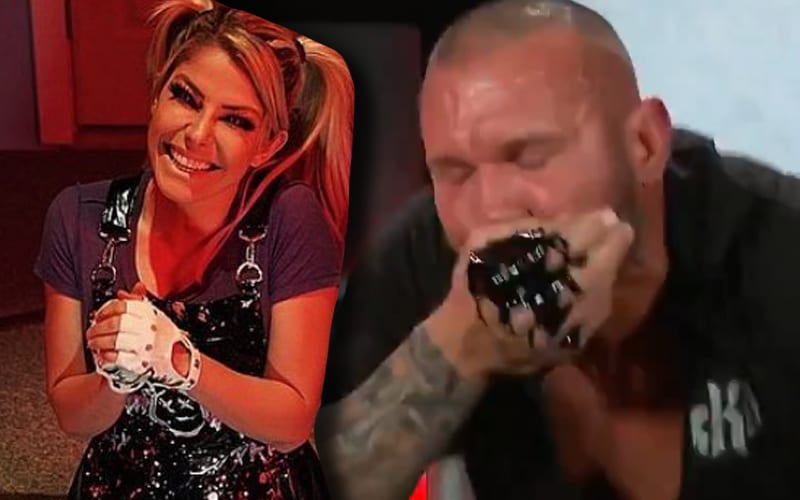 Randy Orton concluded his promo on Raw this week by coughing up black liquid. This was a big of a surprise, and it also drove a lot of fan attention. Alexa Bliss was apparently concerned as well.

Alexa Bliss didn’t physically appear on Raw this week, but she did comment on Orton’s segment. She sent out a cryptic tweet in The Viper’s direction asking if he’s okay.

We’ll keep a close eye on this situation. Randy Orton’s situation was likened to a Papa Shango curse by a lot of fans, and it even caused the WWE Hall of Famer to trend during Raw. Alexa Bliss obviously enjoyed the segment.