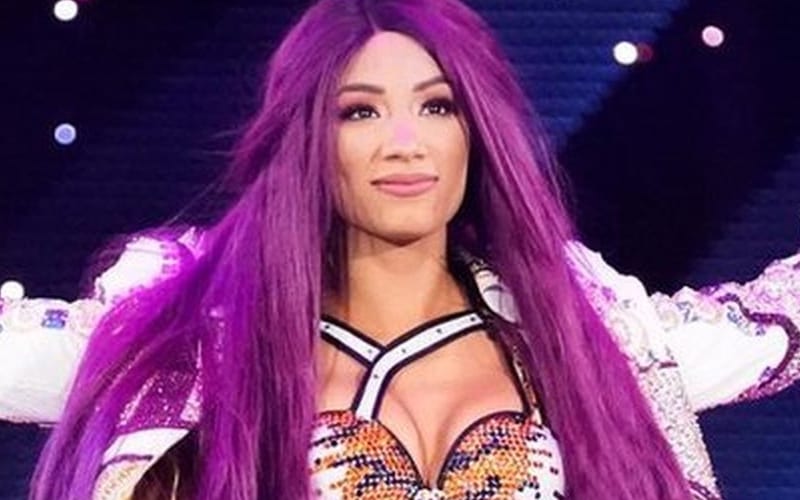 Sasha Banks had a very interesting 2019. She left WWE television after WrestleMania, and there was a ton of speculation about her. She even told Vince McMahon that she wanted to quit the company, but he told her no.

While speaking to The Broken Skull Sessions, Sasha Banks opened up about depression issues she suffered during that time. WWE controls so much about who someone is, even their hair color. There were many contributing factors to Banks’ depression, like not hearing her real name anymore, but she used her hair to illustrate one instance of how she lost who she really was at the time.

“Depression. Depression was taking over. My mind was taking over. My thoughts were taking over. This place was being bigger than me. And I really, really lost myself because for a good seven years, I didn’t even hear my real name. I didn’t hear Mercedes anymore. All I heard was Sasha Banks, and traveling on the road, we only get one to two days off.”

“So, I’m home, not even seeing what my real hair looks like. All I see is purple hair every single day. There were just so many things that were just — I let it control me. I let it take it and be like, ‘This is too much’ instead of being like, ‘You know what? Everything’s good. Breathe. Everything’s fine.’”

“I couldn’t even look at myself. I didn’t even know who the hell I was. How I was going into work, how angry I was going in, how sad I was. I was not the person that I dreamed to be.”

“It hit the fan and I wanted to make sure that I didn’t lose myself. So I said, ‘You know what? I got to take a step away and find myself again and I got to be brave about that.’ And that was probably one of the hardest things I had to do — ask to leave the WWE.”

Sasha Banks was able to make a return to WWE, and it seems that she is seemingly having a much better time now. She also ditched that purple hair for a blue color.

We’ll have to see how much longer The Boss has left in WWE, but she is still SmackDown Women’s Champion and ready to challenge for WWE Women’s Tag Team Titles at Elimination Chamber.