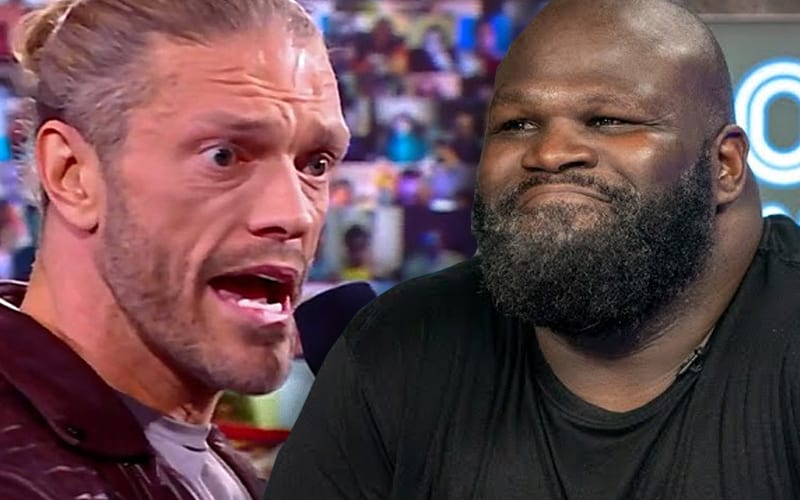 Edge won the 2021 Men’s Royal Rumble match, and he has not picked his WrestleMania opponent just yet. That will happen in time, but he’s having some fun teasing his decision in the process.

The Rated R Superstar showed up on RAW, SmackDown, and NXT to tease challenging each brand’s top champion. During Busted Open Radio, Mark Henry stated that he believes Edge could have an intention to swerve fans.

“But it could be just lip service. It could be just smoke and mirrors and mind games. He could very easily go to NXT and say that it would be Roman Reigns who I chose, but I chose you Finn. You have something I never had before.”

Edge vs Roman Reigns is the current WrestleMania main event match. The winner of that match is already decided. You can also never count out a big swerve, but it will have to come from Vince McMahon. Right now, it’s anyone’s guess as to what he has in store for WrestleMania this year.