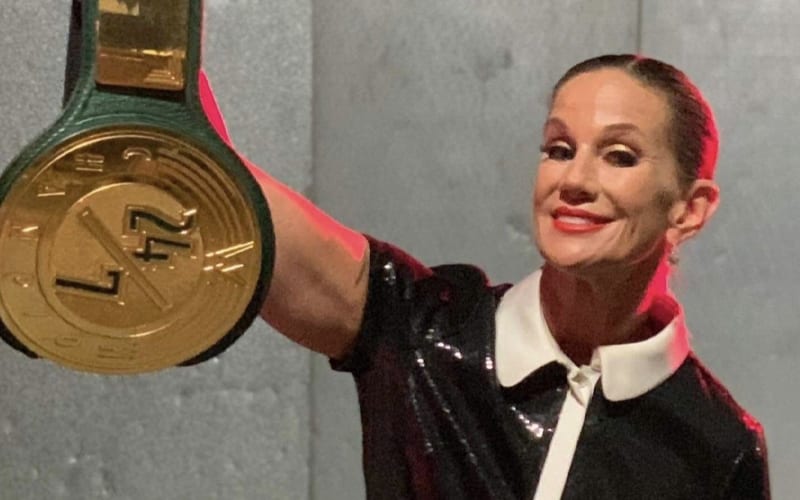 Alundra Blayze won the WWE 24/7 Championship during the Raw Reunion special on July 22nd, 2019. That pre-pandemic episode of Raw saw a ton of legends come in for a cameo. Blayze sold the title to the Million Dollar Man as she was about to throw it in the trash.

The WWE Hall of Famer tweeted out that she didn’t actually lose the WWE 24/7 Title in that transaction with Ted DiBiase. She merely let him hold it, and then he turned around and lost it to Drake Maverick. That means Madusa is STILL the champion.

PARDON ME!! I believe everyone is delusional. I AM STILL the 24/7 champion NO ONE has pinned me, no ref counted me out. Due ur diligence, Fact check b4 spewing nonsense. I let Ted hold, protect it for cash! Then ironically thought he was champion. u want it? Let’s wrestle.

Bad Bunny is currently the WWE 24/7 Champion. He even performed with the title on Saturday Night Live. Odds are when Madusa saw that performance on SNL she got a little irked, because Alundra Blayze apparently believes that she is still the champion.