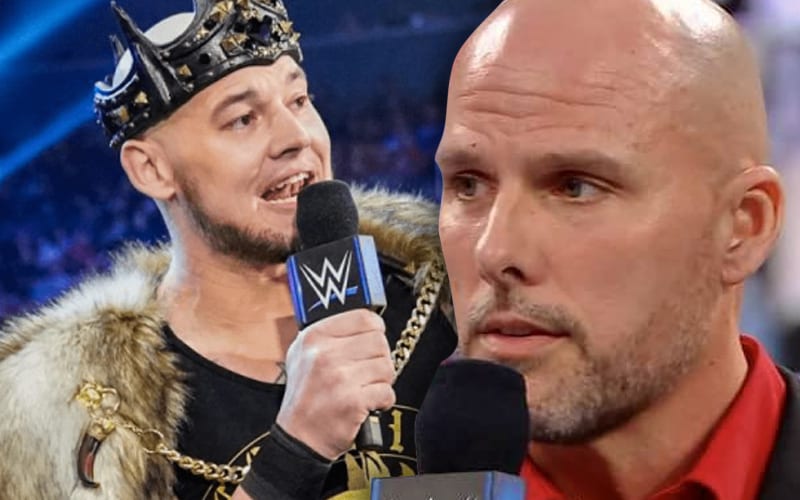 King Corbin isn’t one to hold back his words. As a heel, he is granted a certain amount of leniency in that department. Adam Pearce should realize that by now.

Pearce sent out a photo of himself and asked fans to give a caption for the photo. He said the best caption “wins something.” King Corbin wasn’t sure of the prize, but he still submitted a winner of an entry.

I wish my bald head was as perfect as King Corbin. But it’s not and I’m a big turd sniffer

Pearce later fired back with: “I do periodically catch myself sniffing the monitor during your matches.”

We’ll have to see if that comment comes back to bite King Corbin. Adam Pearce has the power to book matches on WWE television and Corbin probably wants a much better position on the road to WrestleMania. As of this writing, King Corbin is not booked for the Elimination Chamber pay-per-view. There might be a reason for that.