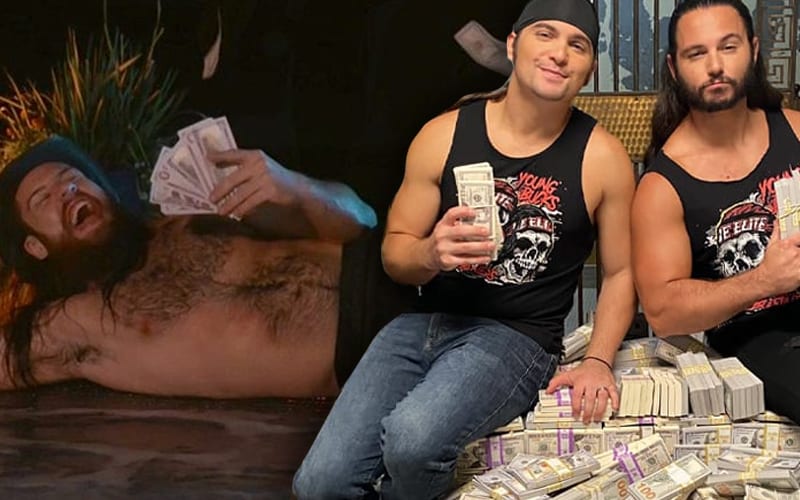 Cameron Grimes made a killing betting on the stonk market. Now he’s rubbing that success in everyone’s face that he can. That new heel character has rapidly become one of the most entertaining aspects of NXT.

Cameron Grimes replied to a video clip from a PWG show where he wrestled against Kevin Owens and The Young Bucks. That match is a favorite for many fans of PWG. Grimes replied and made a pretty great joke about how everything turned out for those in the video.

One of these people went on to be very successful! #KissMyGRITS

Cameron Grimes did very well for himself buying Game Stop stonk. That surge of income certainty caused a big change for his character. We’ll have to see how things turn out for him now, but that real event in his life gave him a lot to do on television at this point.