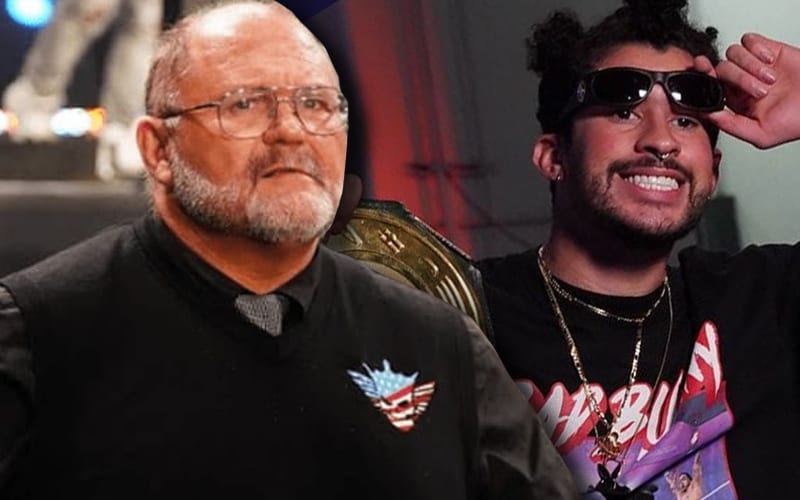 Bad Bunny is sticking around WWE until, at least, WrestleMania. He is living his dream as a part of the WWE main roster, but not everyone is thrilled about it.

Arn Anderson recently discussed WWE’s tendencies of bringing in high profile celebrities around WrestleMania during the ARN Podcast. The Enforcer admitted to not knowing much about Bad Bunny, but wrestling fans tune in to see pro wrestlers, and not rappers.

“I don’t know anything about Bad Bunny. If they’re not big fans, what are they doing on our show? Wrestling fans are dedicated to a wrestling show and wrestlers. They are not there to see Hollywood stars or anything of that nature. It’s an aggravation to them when they don’t know who it is, if I don’t know who it is I just watch their performance on the show and critique it for what it is.”

“[Wrestling fans] get pissed because it’s down time. The celebrities that we’ve had over the years had nothing to do with wrestling whatsoever, you can just see it from the fans. The fact is there’s a place, it’s called the rest of the world that’s not America, and if he’s a big star, there’s probably a reason for it.”