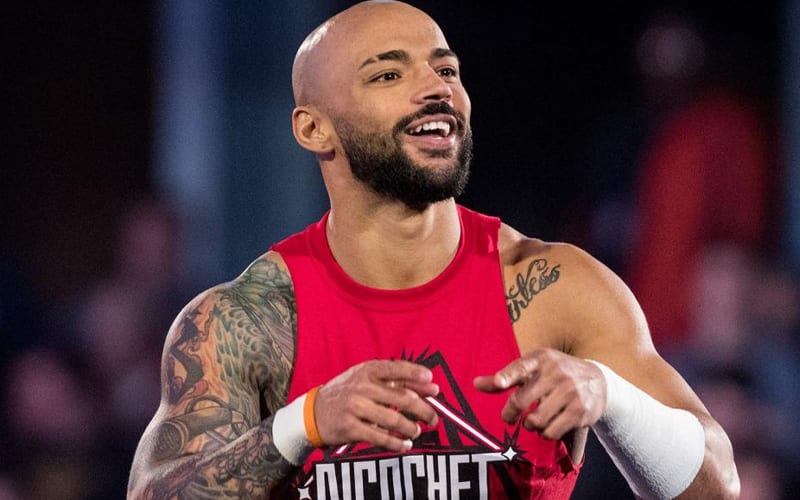 Ricochet is well aware of the opinion that some people have about Superstars with spot-heavy move sets. He also isn’t afraid to call out those people when given the chance.

The One And Only recently tweeted out in reply to a video of himself, Aleister Black, and Mustafa Ali when they teamed up in six-man action on SmackDown a while ago. The spot in the video showed all three men posing on cue to the fans’ delight.

“Too bad the fans don’t like small flippy kids,” Ricochet tweeted out in reply to this video. We have to wonder exactly who he was referring to there, because it sounds like he was quoting someone.

Some fans read that tweet in the wrong way, so he had to clarify with: “Guys I was being facetious.” Obviously, he doesn’t believe that nobody likes “small flippy kids.”

We’ll have to see what’s next for Ricochet, but he isn’t really factored into a lot right now. Aleister Black has vanished and nobody is talking about him backstage either. Mustafa Ali has a much different place on the roster now as leader of Retribution, but he had to turn heel before he received any attention.