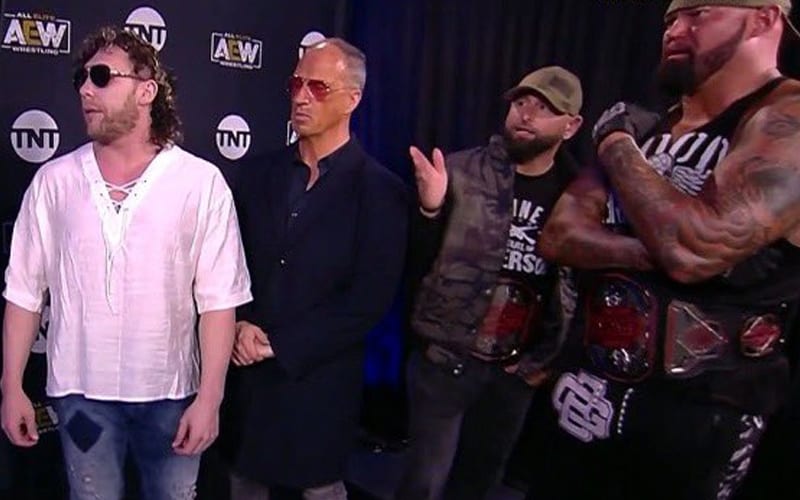 The Good Brothers were a part of the WWE roster until their April 15th, 2020 releases. We’re coming up on one year since Luke Gallows and Karl Anderson were last on WWE television, but the two still remember how to watch a monitor backstage at a pro wrestling show.

How Superstars stand when they’re watching the monitors backstage has often been mocked by fans. Some pro wrestlers even take shots at the practice of striking such an unnatural pose.

Karl Anderson commented on a photo from AEW Dynamite this week. He brought up how he was standing so the camera could see him, but he couldn’t see the monitor.

Am I open to the camera enough?

Can I even see the monitor?

The Good Brothers have become somewhat regulars on AEW Dynamite. We’ll have to see if those insider jokes keep coming, but Anderson and Gallows are usually ones keep a good thing going for as long as they can.