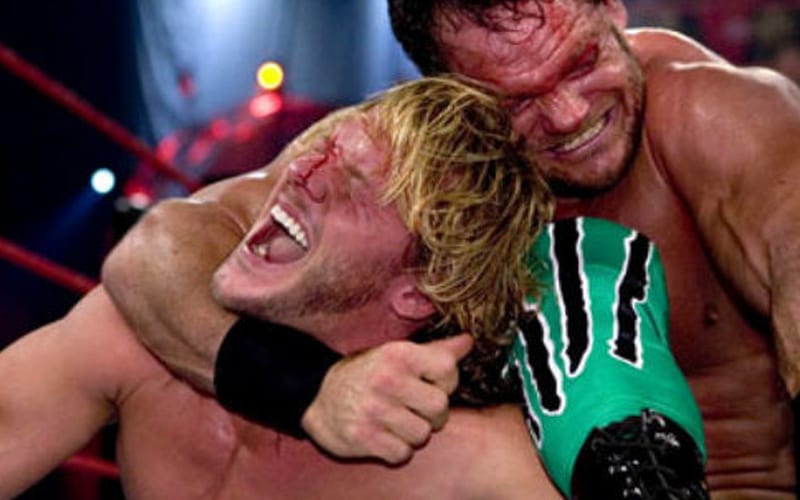 Chris Jericho is a veteran in the world of professional wrestling and has been in the business for over three decades. Jericho had a very successful time in WWE, where he won multiple championships during his time there.

On a recent episode of the Talk Is Jericho podcast, former WWE SuperstarsEugene made an appearance. During the conversation, Eugene mentioned how he once hosted RAW in Winnipeg, which ultimately led to Chris Jericho mentioning a great pitch Jericho had.

Jericho revealed that he pitched an idea to face Chris Benoit in a WWE Championship match in his hometown. However, that idea didn’t become a reality and instead they had a musical chairs segment in Winnipeg.

Jericho mentioned he was very angry at this.

“I’ll never forget that week. I’m from Winnipeg,” Jericho noted. “I think [Chris] Benoit was the champion at the time. I’m like, we should do something like Jericho vs. Benoit for the world title in Winnipeg. What a story, and [Brian] Gewirtz calls, ‘I got some ideas.’ What is it going to be?’ You’re going to play musical chairs.’ I was like, ‘What the f**k are you talking about?’ And I was super pissed because I was expecting some kind of classic angle in my hometown.

“First time ever on TV in Winnipeg, but I’ll tell you what, that segment ended up being great because we’re just having some fun with it, and it was actually really cool, but when I was first pitched that, I was like, ‘This sucks! I hate Eugene,’ as if you wrote it.”

Chris Jericho is currently the leader of the Inner Circle and is scheduled to team up with MJF and challenge the Young Bucks for the AEW World Tag Team Titles at AEW Revolution.