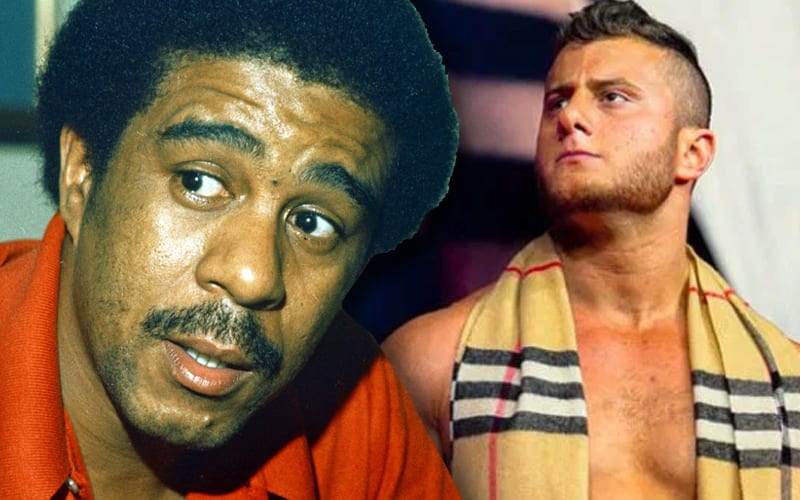 MJF has been compared to many people before, and those elevated names shouldn’t be limited to pro wrestling.

During ARN, The Enforcer compared MJF to Richard Pryor. Three was a time when Pryor was the biggest name in comedy and he could do no wrong in the eyes of many. Now we’re seeing MJF get a similar treatment as the Salt Of The Earth has “carte blanche” in AEW.

Now, he’s been given carte blanche to a degree right now. The kid is a tremendous worker. Part of him is a throwback to the late 80s talent, and then you spring forward to 2021, and he’s that guy. It’s like Richard Pryor in the day, but it’s Richard Pryor today in 2021, when some stuff is not acceptable and a lot of stuff is not acceptable. You can’t just say some things, and I think we go overboard with a lot of those politically correct no-nos. He doesn’t have any no-nos. You never know what’s gonna come out of that guy’s mouth. He pushes the envelope every single time, and I commend him for that. I also hope he’s smart enough to know to pull up a little short of going into bad taste and just being too much.

MJF’s storyline with the Inner Circle is getting interesting. It seems that he is chipping away at the faction from the inside, all the while completely appeasing Chris Jericho. MJF’s star is still climbing in professional wrestling, and you can also never count out his eclectic skillset making him a crossover success.