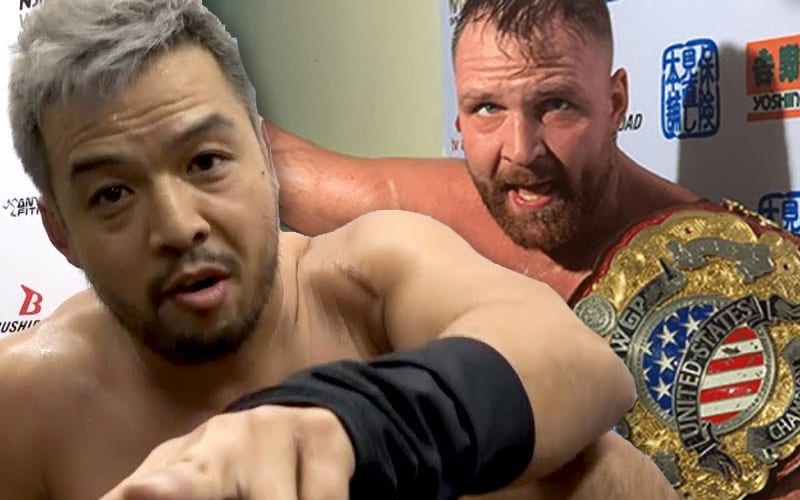 KENTA is set to get a shot at Jon Moxley’s IWGP United States Title. February 26th will see The Match go down, and KENTA is chomping at the bit.

While speaking on NJPW Strong, KENTA said that he’s been waiting for Moxley to show up. He’s also grown quite tired of watching Moxley as he lets the IWGP United States Title rot.

“Moxley, it took you a long time to show up, I’ve been defending that damn briefcase for months. It got broken once, too! But finally, finally our time has come. We’ll finally fight for the IWGP US Heavyweight Title that you’ve been letting rot all this time.”

We’ll have to see if KENTA is able to take the United States Title from Moxley, or whether this will be just another chapter in their ongoing rivalry. KENTA certainly has his eyes set on finally getting his opportunity at the title that Moxley hasn’t been able to defend in so long.