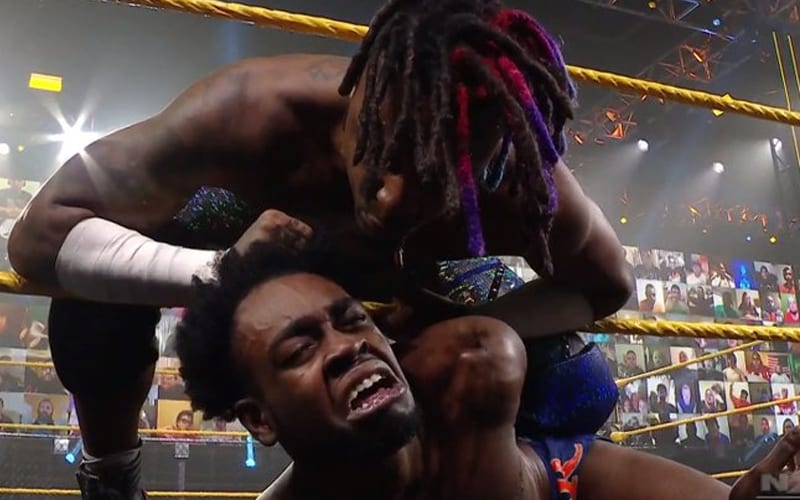 WWE will sometimes turn a Superstar heel to give them a fresh presentation and change up their character. Isaiah ‘Swerve’ Scott made a big move this week on NXT that surprised a lot of fans.

Leon Ruff scored a win over Scott on NXT this week. At first, Swerve laughed it off. Then he went to shake Ruff’s hand, but that ended terribly.

Swerve jumped on Leon Ruff and beat him around the ring. It was a brutal assault and cemented Isiah “Swerve” Scott’s heel turn.

At the end of the segment, Swerve made it clear that he wants a shot at the NXT North American Title.