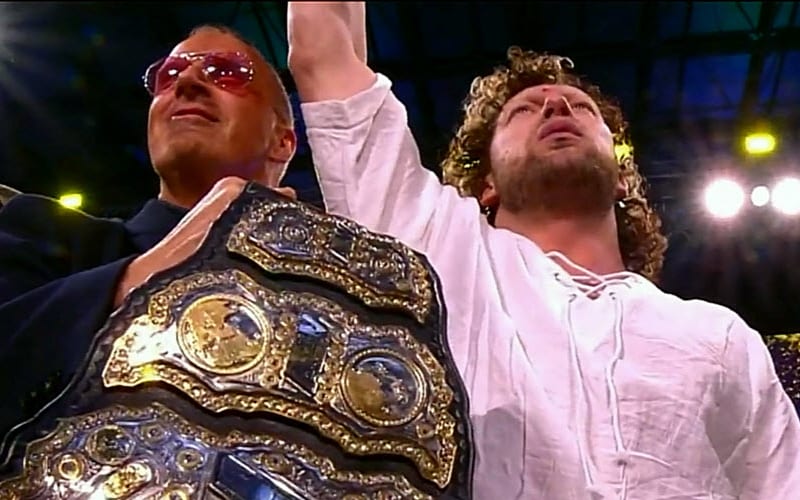 AEW Revolution is going down on March 7th, and they announced a huge match at the conclusion of AEW Dynamite this week. Kenny Omega will defend the AEW World Title in a very unconventional match.

Kenny Omega came out at the end of Dynamite this week after Moxley took a beatdown. He got in Moxley’s face and talked about a rematch clause that Moxley slipped into his contract.

Omega then said he is down to give Moxley another AEW World Title opportunity at Revolution, but they will have a unique stipulation. They will hold an Exploding Barbed Wire Death Match. Moxley didn’t seem to object, but he was selling the attack.

You can check out the updated card for AEW Revolution below.

Face Of The Revolution Ladder Match

Cody Rhodes vs Pentagon vs Scorpio Sky vs 3 more competitors