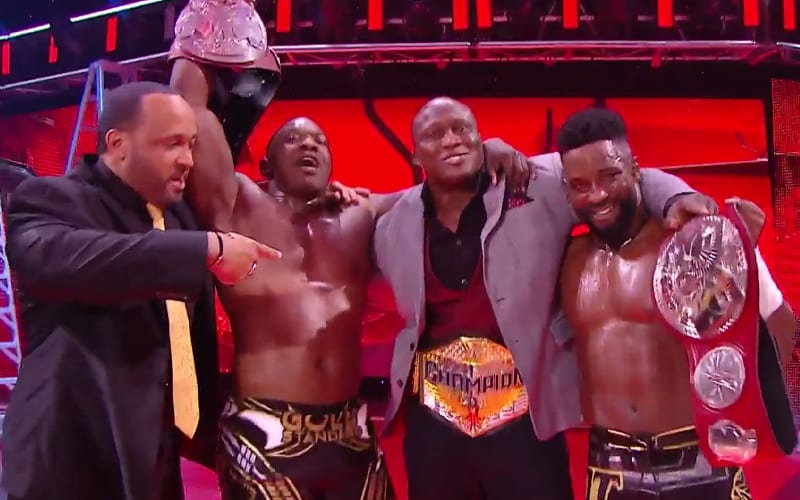 Current WWE United States Champion Bobby Lashley had a career resurgence after he aligned himself with MVP and joined The Hurt Business. Prior to that, he was floundering on the main roster, being involved in storylines with Lana.

The Hurt Business currently comprises Lashley, MVP and the RAW Tag Team Champions Cedric Alexander and Shelton Benjamin. The faction is one of the most dominant in WWE’s history.

While speaking to TV Insider, Bobby Lashley talked about the Hurt Business and how close they are as friends. He was then asked whether the faction will ever break up, to which Lashley said it will never happen.

“It’s magic. As a group we go out together, have a couple of drinks, come up with different ideas and hang out. We’re friends. I think the fans really feel what we’re doing is real. People are getting behind us and it feels good. No (if they will break up). Sometimes when we disagree, it’s just being brothers — you have little spats. There’s no chance we’re breaking up.”

The faction remains a mainstay on Monday Night RAW and fans have certainly gotten behind them as well. We will have to see what is next in store for them.