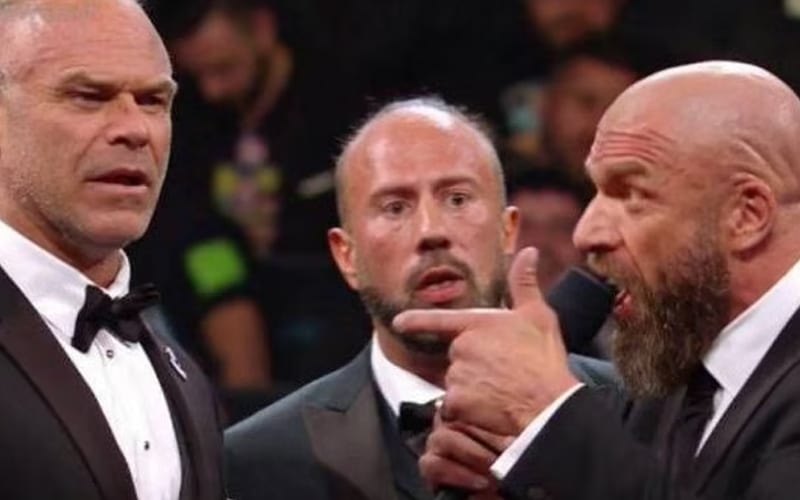 The Wednesday Night Wars between AEW and NXT started back in October 2019. Since then the two companies have competed against each other every week. So far, AEW has beaten NXT in ratings for the most part.

While speaking on his Grilling JR Podcast, WWE Hall Of Famer Jim Ross talked about mentioning pro wrestlers from outside of AEW.

Ross mentioned a tweet where he came to know that his commentary from previous Royal Rumbles had been removed from a recent video package highlighting the match’s history.

Ross noted that he wasn’t surprised at this and then said AEW is definitely on WWE’s mind, while referring to Triple H calling AEW a ‘piss ant’ company back at the 2019 Hall of Fame ceremony.

“That shouldn’t surprise you,” Ross said. “It tells me they are aware of AEW very prominently even though they would not want to admit it. Triple H called us early on a ‘piss ant’ organization or something like that. This piss ant organization is beating NXT and we beat them soundly last week.”

AEW countiues to win against NXT but it certainly has its own fair share of flaws which have been mentioned in the past.