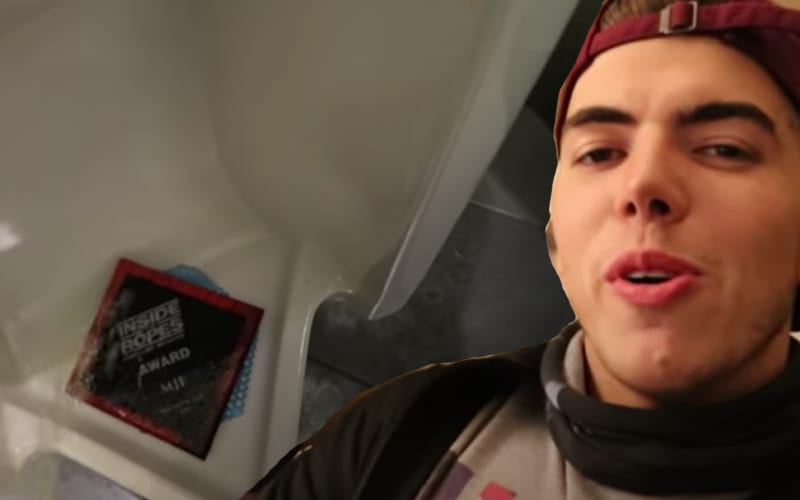 As seen on this past week’s episode of AEW Dynamite, Sammy Guevara quit the Inner Circle. This was inevitable as there were growing dissensions between Guevara and MJF for the past few months, ever since MJF tried to join the faction.

Sammy still has a lot of disdain for MJF, which he first showed by blocking MJF on Twitter. Now it seems Guevara has taken it to the next level in order to diss MJF.

On the latest episode of Sammy Guevara’s vlog, Guevara saw MJF’s award for ‘Best Heel of 2020’ which was presented to him by Inside The Ropes in the AEW locker room.

Guevara then ‘accidentally’ dropped the award multiple times until he eventually threw it into a urinal. He then proceeded to pee all over the award, stating that it was all an ‘accident.’

We will have to see what is next in store for Sammy Guevara. It is likely his feud with MJF is far from over.