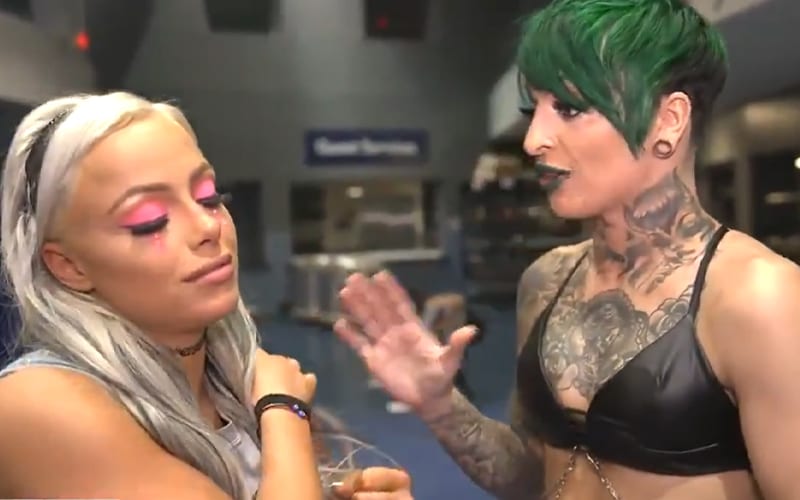 Bayley picked up a win over Liv Morgan on SmackDown this week on Friday Night SmackDown, but a distraction helped get the job done. Billie Kay brought resumes to hand out at ringside, but it was Ruby Riott who threw them in the ring.

After Bayley beat Liv Morgan on SmackDown, the Riott Squad had a little meeting backstage. Ruby was upset at Billie Kay for bringing those resumes to the ring, but Morgan then reminded Ruby that Kay wasn’t the one who threw them in the ring.

Liv Morgan apologized for blaming Ruby Riott for the loss, and then the two walked off together.

The entire time this conversation was going on, Billie Kay was performing some physical comedy in the background while she fumbled with her resumes trying to pick them up off the ground.