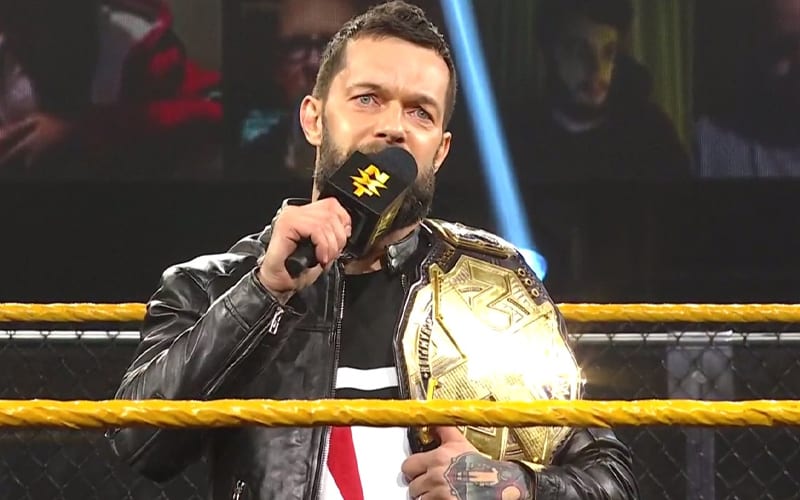 NXT Champion Finn Balor is one of the top Superstars in all of WWE and has competed in several excellent matches during his time in NXT. Balor also has a lot of experience in pro wrestling promotions outside of WWE, most notably in NJPW.

The current landscape of professional wrestling is undergoing a massive change as AEW, Impact Wrestling and finally, NJPW have a working partnership. This has led to endless possibilities as far as matches are concerned.

While being interviewed by Bleacher Report’s Graham GSM Matthews, Finn Balor commented on the current change in the pro wrestling world. Balor added that he has been an advocate for cross-promotional events for years and feels that pro wrestlers shouldn’t be limited to what their contracts or companies say.

He is definitely open to an open-border policy between pro wrestling companies.

“I know there’s a lot of cross-brand work going on, which is something I’ve been an advocate for for years. I don’t feel like we should be limited to what our contract says or what company we work for. I feel like wrestling on the whole can be better if we all worked together, so if that means me going to Japan or me going to Europe or me going to Mexico, I’m down to do that. I’m all for the open-border policy, not just between countries, but companies as well.”

Currently, it’s very unlikely WWE will work with other promotions, especially AEW. However, anything is possible in the world of pro wrestling. Perhaps Finn Balor might just get his wish one day.