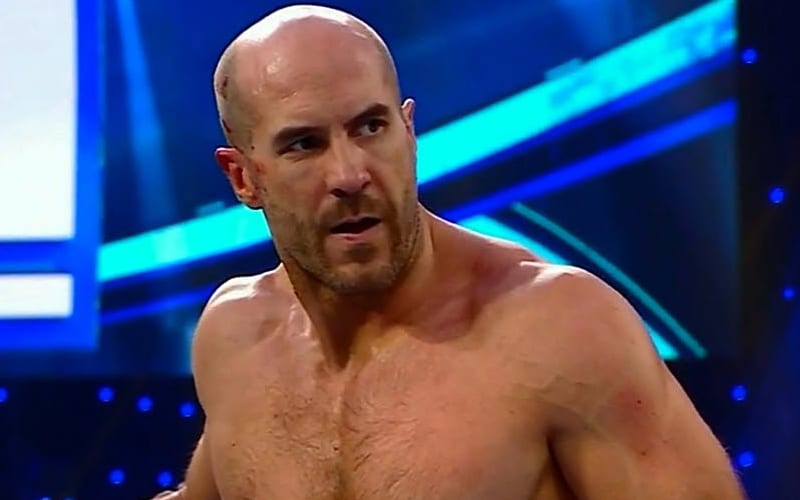 Cesaro signed a new contract with WWE and now he is in the Elimination Chamber match. If he wins that match then he will receive a Universal Title match later on in the pay-per-view. He is determined to capture that opportnity.

During an appearance on Talking Smack, Cesaro cut an intense promo about how driven he is to become WWE Universal Champion. In fact, he can’t remember his last singles title opportunity at all.

“I can’t remember the last time I had a chance at the Universal Title or at any championship in WWE and I’m still going because I believe that hard work pays off, and I believe because every single person out there that believes in me and has believed in me since I came to the United States, when I came to WWE.”

Cesaro cut a very intense promo that ended with him saying that he will become Universal Champion if given the chance. He pointed at Paul Heyman and said that he knows it as well as Kayla Braxton.

The Swiss Superman is very sure of himself as he enters the Elimination Chamber. He must defeat Roman Reigns after winning the Chamber match in order to bring down SmackDown’s biggest prize, but he will give it his all in the process.