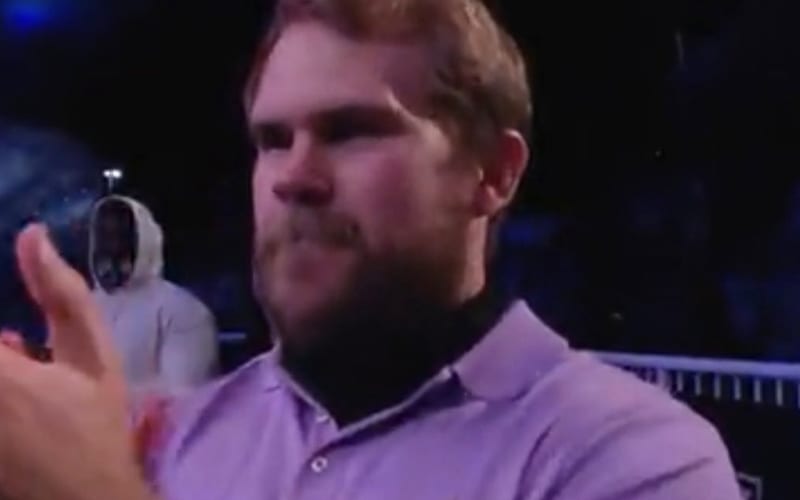 Arn Anderson’s son Brock Lunde, a standout in football, has great interest in following in his father’s footsteps. AEW is likely going to be happy to give him that opportunity. He appeared in the crowd during AEW Dynamite this week, and Cody Rhodes even made a point to walk up and shake his hand before his match.

According to Heel By Nature, Anderson’s son has filed a copyright for “Brock Anderson.” He will carry on the Anderson legacy as he enters a pro wrestling career.

The filing was made on February 9th under the “merchandise and entertainment services.” He doesn’t just plan on wrestling, but he’s also going to sell merchandise while he’s at it, another very important thing.

Michael E. Dockins submitted the application, the same man who has been responsible for so many other pro wrestling trademarks in the past year or so.

Brock Anderson ranked 24th best graduating linebacker in North Carolina in 2015. It was previously reported that he was training to become a pro wrestler. Now we’ll have to see what kind of spinebuster he has in him.