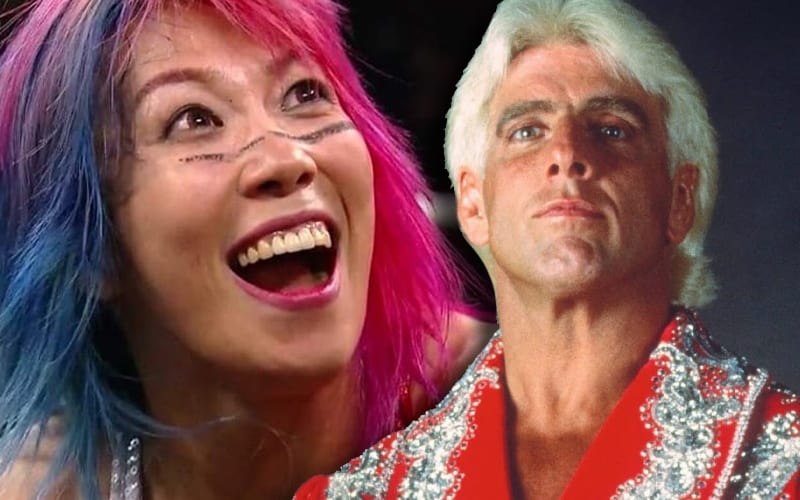 WWE Hall Of Famer Ric Flair is a bonafide legend in the world of pro wrestling, having competed in several promotions all over the world. He also had a solid run in Japan as well during the late 70s and 80s.

The Nature Boy recently took to Twitter and uploaded a photo of a magazine cover from his time in Japan. Flair simply said that he was looking back at his success in Japan and that it was total domination. Flair also tagged RAW Women’s Champion Asuka in the post.

Looking Back On All My Successes In Japan… Two Words: TOTAL DOMINATION! @WWEAsuka

Asuka saw Flair’s tweet and decided to reply to it. She said that Flair is the most famous pro wrestling star in Japan. And then told Flair not to interfere in her Title match against Lacey Evans.

Pa! You are the most famous star in Japan. On this cover it also says something about TV ratings. By the way, don’t interfere with the championship between Lacey and me! I love you

Asuka will defend her RAW Women’s Championship against Lacey Evans at WWE Elimination Chamber. We will have to see whether she will retain her title.