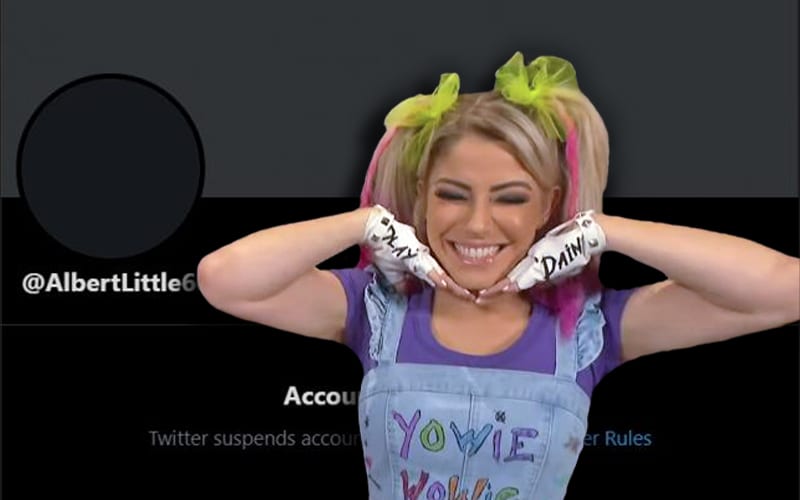 Alexa Bliss was dealing with an obsessed fan who just wouldn’t stop. He was briefly restricted from using Twitter, but he did not change his ways upon returning. Now the Albert Little 666 account is no more.

Click here for our detailed report on how fans uncovered the identity of the man behind the Albert Little account.

Odds are he won’t be back under that account. Hopefully, this experience taught him a lesson and he won’t do anything like this again.

Obsessed tweets like the ones he was sending should not be taken lightly. We’ve seen far too many situations in the past where someone didn’t take an obsessed fan’s words seriously and tragic things happened.