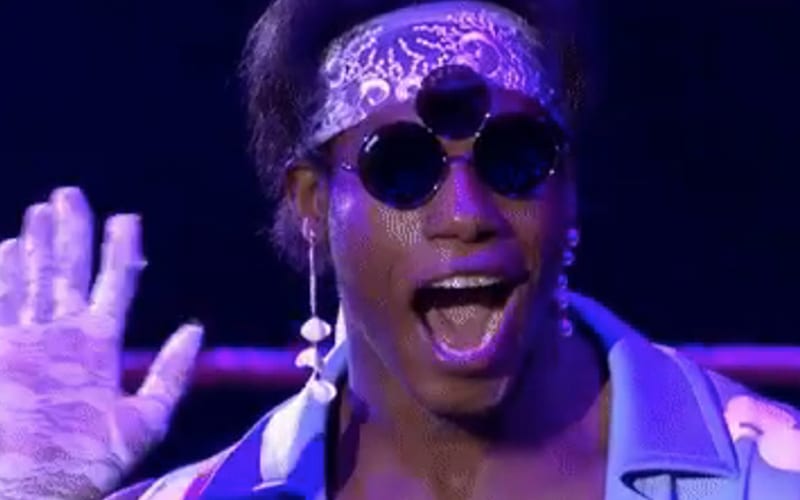 Velveteen Dream hasn’t been seen in a while at this point. His last match was on December 23rd’s episode of NXT in a loss to Adam Cole. According to Triple H, Velveteen Dream is still around.

During a recently TakeOver conference call, Triple H was asked about Velveteen Dream’s current status with the company. He ensured that Dream is still around and training. He is also still with the company. Nothing else was said about future plans.

“There’s really nothing to add with Velveteen Dream. We’ve gone over it a million times. A status update: he’s still training. He had a little bit of a physical thing for a bit. He’s still with us, still training, still on the roster.”

Velveteen Dream was once a guy that a lot of fans talked about in discussions about the WWE main roster. Then a slew of allegations about his life outside the pro wrestling business caused many of those fans to tweet #FireVelveteenDream whenever he appeared on television.

Dream’s story in WWE is not over by a long shot. We’ll just have to remain patient as he readies himself for his next appearance.