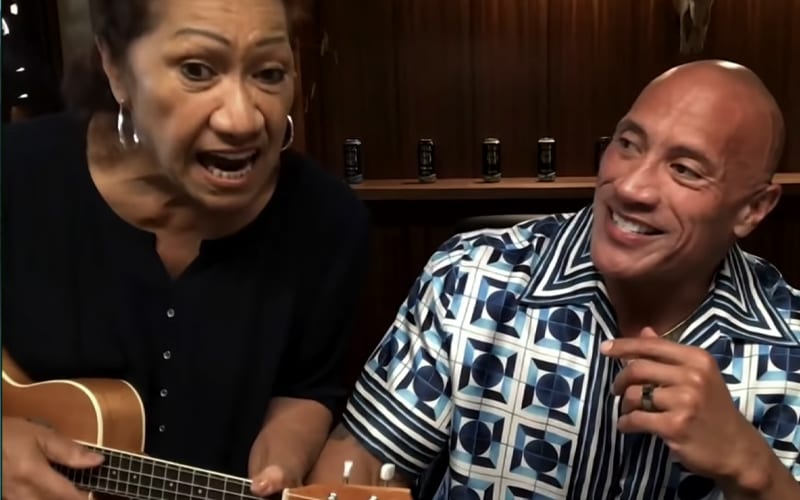 The Rock is doing a lot of media appearances right now to promote Young Rock. His recent appearance on The Tonight Show with Jimmy Fallon was quite unexpected, especially for Fallon.

Jimmy Fallon was interviewing The Great One when Johnson had an idea. He called out for his mother Ata Johnson to meet Jimmy Fallon. She also grabbed a ukulele which happened to be behind the door.

Ata Johnson stole the show singing a song with her famous son. Jimmy Fallon was awestruck and loved every moment of it. Later on, The Rock commented on this clip as he tweeted out:

she came, she played, she sang, she stole, she peaced out

The Rock’s mother might have to accompany him to many more appearances, especially when they are plugging Young Rock. She is a featured character on the NBC show. They also need to make sure to remember the ukulele.