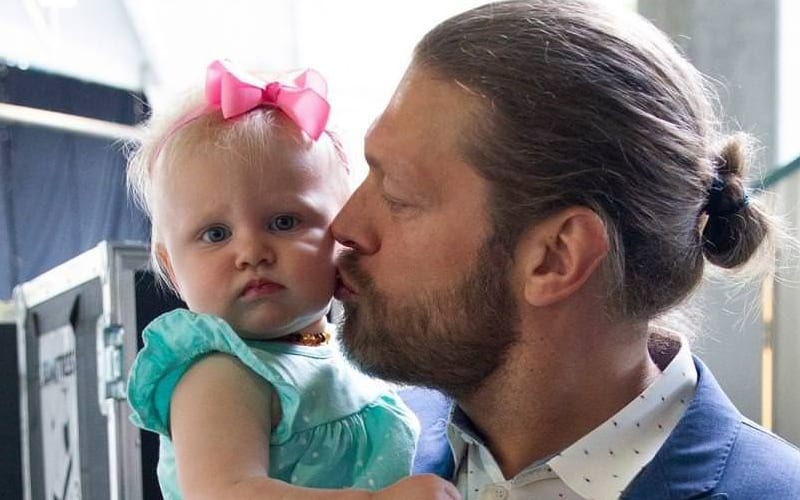 Edge has two daughters with Beth Phoenix, and he’s a dad when he’s not a WWE Superstar. He recently had an experience with his youngest daughter that convinced him he’s doing something right.

Ruby, Edge’s youngest daughter, recently made her dad very proud. He was driving her to school and the new Foo Fighters record was on. Without being prompted, she asked for papa to crank up the tunes.

Driving Ruby to school. I had on the new @foofighters She said “dad, crank it”. She’s 4. And it gave me some confirmation that I’m ok at this dad thing.

We’ll have to see if Ruby and Lyric follow in their parents’ footsteps, but they certainly have somewhere to train with a full-sized ring at their home. In the meantime, Edge is pretty pumped about being a dad. He doing a pretty great job at that as well.