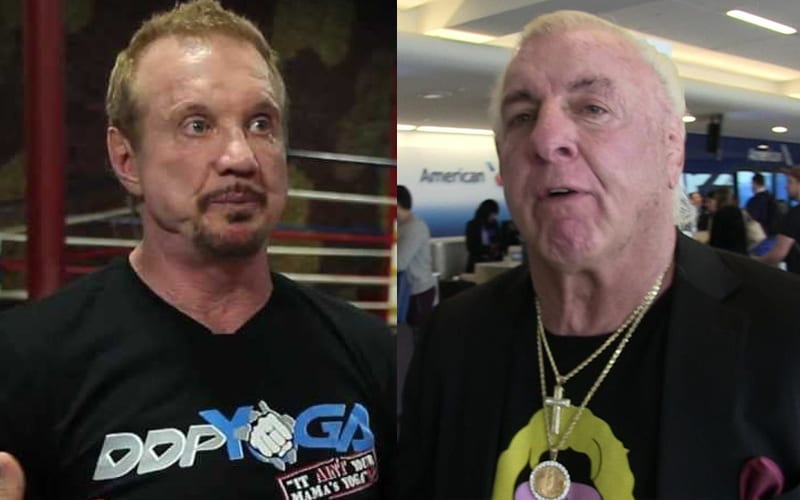 Diamond Dallas Page is truly a pro wrestling legend and made a name for himself in WCW, becoming one of its top stars. During his time in WCW, he feuded with the likes of Ric Flair in outstanding matches. The two also worked together in WWE back in 2001-2002. However, it seems the two didn’t have the best of relationships backstage.

While speaking on Chris Jericho’s Talk Is Jericho podcast, DDP revealed how he had legitimate heat with Ric Flair. DDP recalled how he saw Ric Flair’s 2008 WWE retirement from his home.

After that, when DDP saw Flair at an autograph signing, he wanted to bury the hatchet with Flair.

“We walk off to the side and I say, ‘You know, Naitch, I know over the years that me and you have had a little heat together.’ He’s like, ‘Oh, Diamond, don’t worry about that.’ I’m like, ‘Naitch, I’m not worried about it. Bro, I wanna fix it.’

Page added that he offered a handshake to Flair in goodwill, to which Flair hugged Page, kissed him and said, “God bless you.”

Ric Flair is currently a mainstay on Monday Night RAW as he is involved in a feud with his daughter Charlotte Flair. DDP continues to change lives with DDP Yoga.