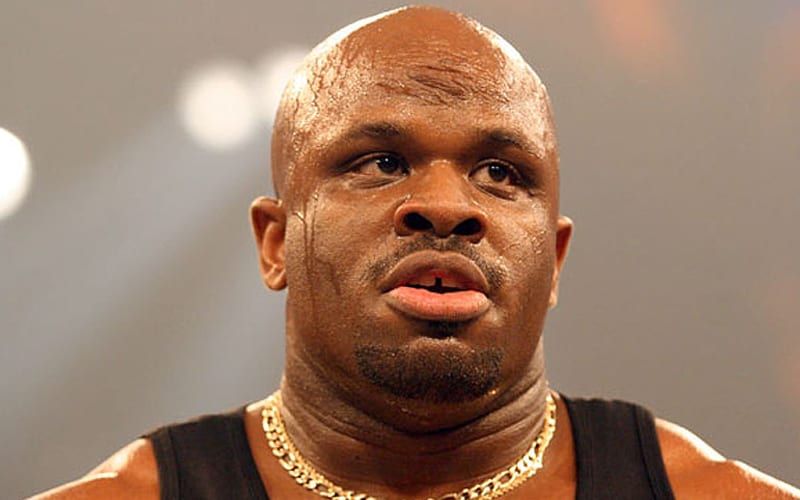 The Royal Rumble opens up opportunities to see competitors in the ring that fans don’t get to see very often. D-Von Dudley wants in on the action next year.

Dudley is just getting over having a stroke, but he’s far from finished and would love another opportunity to perform under WWE’s bright lights. He certainly wouldn’t pass up an opportunity to wrestle in another Royal Rumble match.

The 2022 Royal Rumble is nearly one who year away, but D-Von Dudley opened up on Table Talk about how he would welcome the opportunity to perform in the match.

“Listen, I’m not putting it out there, I’m not saying I’m going to be in the Royal Rumble… What I’m saying is I would love to be in the Royal Rumble next year. If everything still goes right with me, I would love to have the opportunity to do that. But, I have to be straight. My body has to be good and ready to go. I’ll be honest with you, I think I’ll be fine. I’ll declare myself in saying that I will try to get ready for the Royal Rumble and hopefully Mr. McMahon picks me to be in it. But if not then I can’t do it.”

D-Von Dudley isn’t looking to win the 2022 Royal Rumble match, but he would certainly love to wrestle. We’ll have to see if WWE needs him for the spot, but as a backstage producer he’ll likely be around and ready to get the tables.