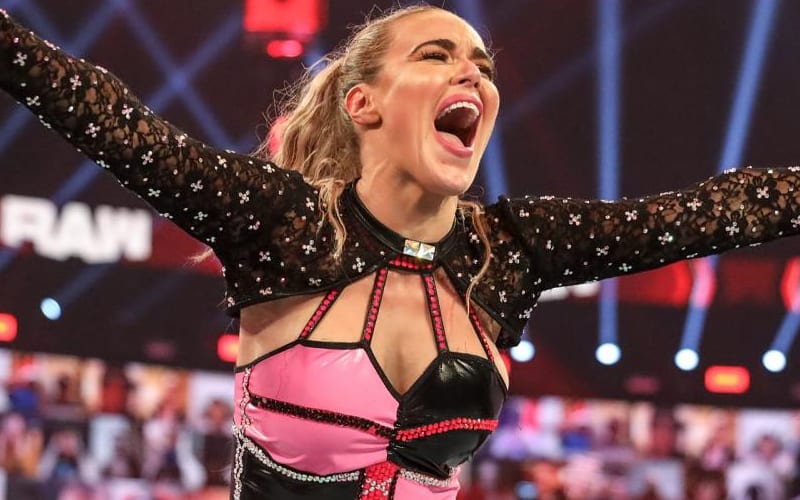 For several months now, Nia Jax and Lana have been feuding on Monday Night RAW. It usually involved Jax putting Lana through the announcer’s table every week on the show.

As seen on this week’s episode of Monday Night RAW, Lana and Nia Jax squared off in a Tables match. During the match, Jax missed a leg drop on the apron, after which she screamed ”my hole!” in agony. After this, Lana pushed Jax through a table that was at ringside and managed to defeat Jax.

After the conclusion of her match, Lana took to Twitter and gave a hilarious reaction to putting Nia Jax through a table. While using a witty pun, Lana said the following:

Sounds like our #TablesMatch hurt your HOLE body! I won!!! #WWERaw@WWE

Lana and Naomi are the #1 contenders for Nia Jax and Shayna Baszler’s WWE Women’s Tag Team Titles. With this huge win, Lana has certainly gained a lot of momentum.