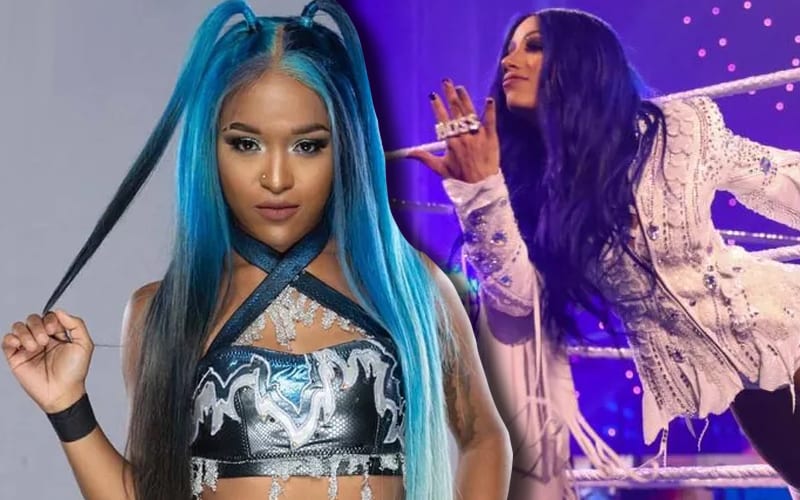 Kiera Hogan took an apparent shot at Sasha Banks for jacking her style. She wanted to make it clear that this is not about blue hair.

During a recent Instagram live session, Kiera Hogan and Tasha Steelz read a comment from a fan who brought Banks into the situation. This fan said: “you can’t be on top with 50k followers. Sasha has 5 mil.”

Hogan replied back saying: “Bro, I love her. That’s who really started Evolution, that’s who! Her and AJ [Lee] and the Knockouts.” Tasha Steelz then asked a rhetorical question about who botches all of their dives in WWE. “It’s some female,” Steelz said.

It seems that Hogan was calling Banks out for jacking more than just blue hair. As of this writing, Sasha Banks has not responded to Kiera Hogan.