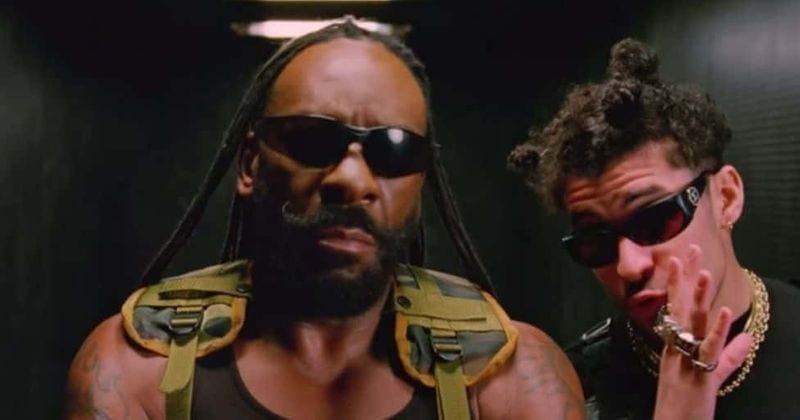 Two-time WWE Hall Of Famer Booker T is a veteran in the pro wrestling business and has entertained fans throughout his career. He last competed inside a WWE ring back in 2012 and it seems there were rumors that Booker T would make a return to the squared circle soon.

While speaking on his Hall of Fame podcast, Booker T’s co-host, Brad Gilmore talked about rumors which suggested that Booker T would team up with rapper Bad Bunny at WrestleMania 37.

Booker T took it upon himself to quash the rumours of an in-ring return. Booker T revealed that he has yet to have any talks about teaming up with Bad Bunny.

“While I can say that it is 100% – I think it came from Meltzer – I think it is 100% a rumor. No one has talked to me about it as far as having a match at WrestleMania. No one has talked to me about tag teaming with Bad Bunny to go against anyone. And I talked about it very, very clearly – vividly – here on this show that I am willing to have a match, but it has to be right. Circumstances has to be right. I don’t want to be jumping in the ring just to be jumping in the ring. I said that Saudi (Arabia) would be a great time for me to come back and do something, for (a) one-off, you know what I mean. People out there in Saudi still watching old people, still think I’m current (laughs). As far as this thing, it’s a rumor, guys. I’m not going to be at WrestleMania in any capacity other than being behind the desk as of right now. Always, though, ‘card subject to change’ in professional wrestling. And the thing is, if there’s an outside chance of me walking the aisle at WrestleMania, I would take it.”

It was earlier reported that rapper Bad Bunny will be featured more in the upcoming weeks. Anything is possible in pro wrestling, so we will have to see whether Booker T teams up with Bad Bunny at WrestleMania 37.