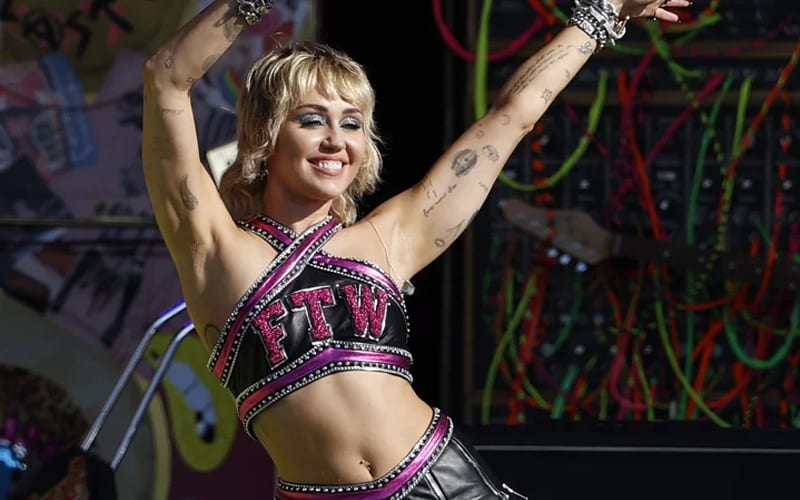 Miley Cyrus wore a pink and black cheerleading outfit with the letters “FTW” on her top. Upon seeing this, several wrestling fans took to Twitter and tagged Taz, joking about Miley Cyrus joining Team Taz.

@OfficialTAZ, @MileyCyrus wearing a FTW shirt on pregame, you getting kick back, bro?

This garnered a reply from Taz himself, after being tagged by several fans on Twitter. Taz gave a hilarious reply as he jokingly said Miley Cyrus told him that the hat he sent her didn’t fit.

Taz is currently the leader of Team Taz as he continues to teach Brian Cage, Powerhouse Hobbs and Ricky Starks all that he knows. They are currently feuding with Sting and Darby Allin.