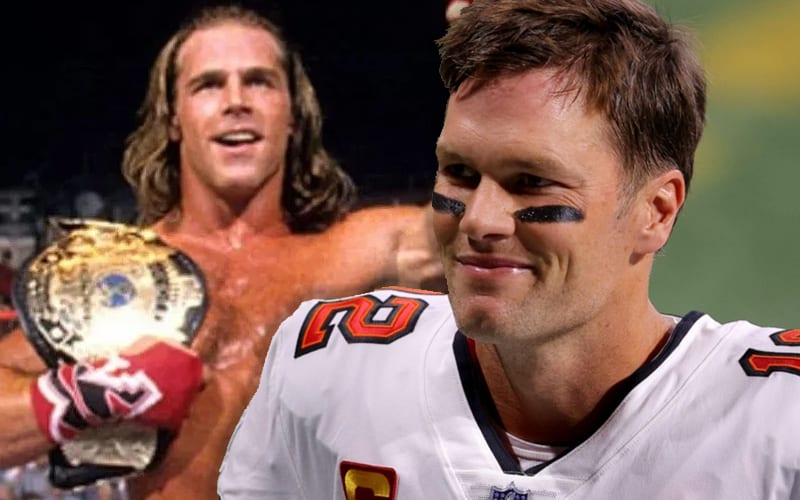 Shawn Michaels had an amazing career inside the squared circle. He picked up tons of championships along the way as well. He knows a champion when he sees one and there is no denying that Tom Brady is also a champion as well.

While speaking to Sports Illustrated, Shawn Michaels discussed some of the same connecting fabric that it takes in order to succeed in the pro wrestling ring and on the gridiron. The football world is comparable to WWE in some ways as you must learn how to use your abilities to your advantage.

“I know the two worlds are very different, but we knew how to tell the story and Brady knows how to win the game. […] That was the same premise behind what I did, which wasn’t X’s and O’s like football. I knew, in order to be great, I had to play into the storytelling aspect of wrestling.”

Tom Brady had a big night at the Super Bowl. The Tampa Bay Buccaneers pulled down the franchise’s second Super Bowl Trophy. Tom Brady has several more rings than that on his own, but the rest were with the New England Patriots.

Pro wrestling can be just as unpredictable, leading to huge moments and accolades along the way for those who have the right mix to succeed, whatever it takes.