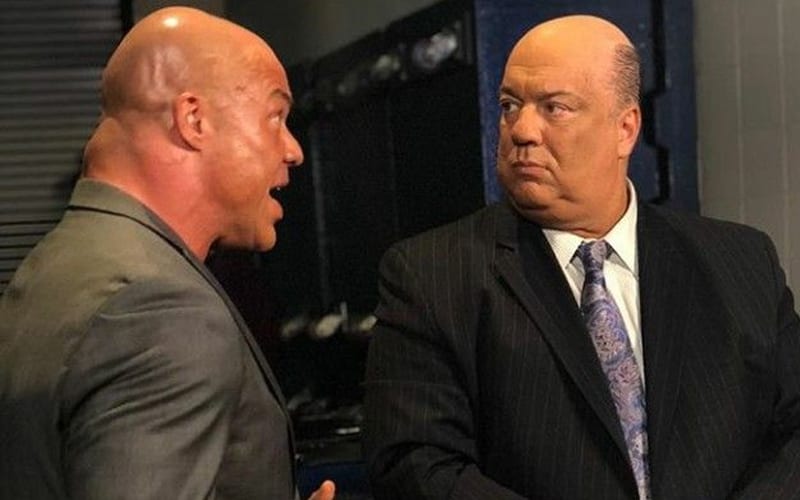 During the last few months of Kurt Angle’s first run in WWE, he worked as part of the ECW brand. During his time in the brand he worked with Paul Heyman.

Angle revealed that he told Paul Heyman about his disdain for the angle. Heyman apparently lied to him by saying he had no idea about the angle at all, which Kurt Angle didn’t believe whatsoever.

”Back then, I didn’t get all that. I didn’t understand it. When I saw it I was like, “Oh my God. This is someone portraying Jesus on the cross. I can’t believe I’m here.” I was really upset and I went to Paul Heyman and said, “I can’t be on the same show as this. You can’t air this show with me on it. If you do, you’re going to hear from my attorney.”

“I didn’t even know it was going to happen. Ok, he’s the promoter. It’s the main event and he doesn’t know it’s going to happen. He’s full of sh*t. Paul, I love Paul. He’s a great guy, but he basically lied to me. I understand why. He’s just trying to take the heat off himself.”

Angle added that he didn’t feel comfortable with the storyline due to him being raised as Catholic.

Angle used to work as a producer in WWE until he was released by the company last year as part of the COVID-19 budget cuts.