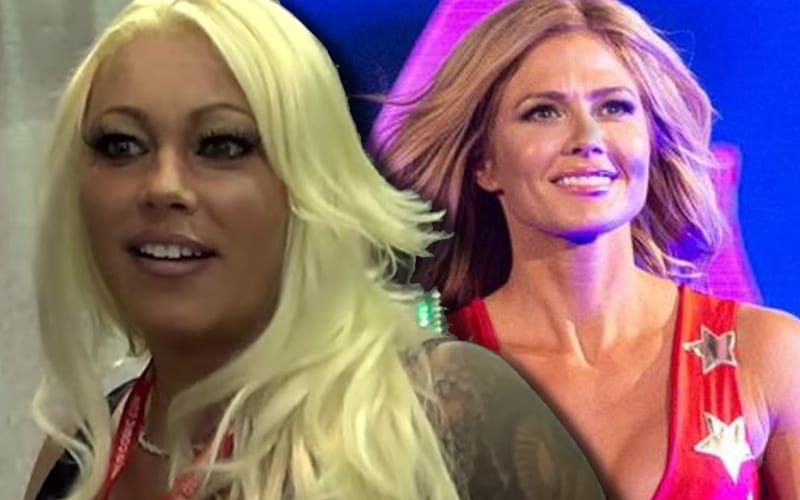 Torrie Wilson is a WWE Hall of Famer, and she just recently returned to the ring for a special appearance during the 2021 Royal Rumble event. She entered the pro wrestling world during WCW’s days, but Wilson didn’t leave the best memory with everyone.

During an interview with Sitting Ringside, Gorgeous George recalled how she first broke into the pro wrestling business. She met Torrie Wilson at the time, and this did not leave the best memory for Gorgeous George at all. In fact, he recalled that Wilson came off as a “skank.”

“[Randy Savage] said, ‘You know the gimmick is for me to have a girl with me?  They (WCW) want to play off that and I want to because I’ve done it so long with Liz, that’s what I’m used to.’”

“When [Randy Savage] and Eric were talking about him breaking out from Kevin Nash, the first thing they wanted to do was put him with somebody and Torrie Wilson was new on the scene. We went out to California and I met her.  I hate talking about somebody, but I’m not a fan of hers for a couple reasons.  I’m not a fan of hers because when I met her, she came off like a skank and that’s who they wanted to put Randy with. We went home and I said, ‘If you honestly think you’re going to be traveling 300 days a year with her then I’m not going to be your girlfriend anymore and I don’t want to have anything to do with you.”

George and Savage were dating at the time, so that had to take priority. That is when it was decided that Gorgeous George would join Randy Savage on the road for 300 days a year. It is interesting that Torrie Wilson and Randy Savage were almost paired up with each other, but George put her foot down.